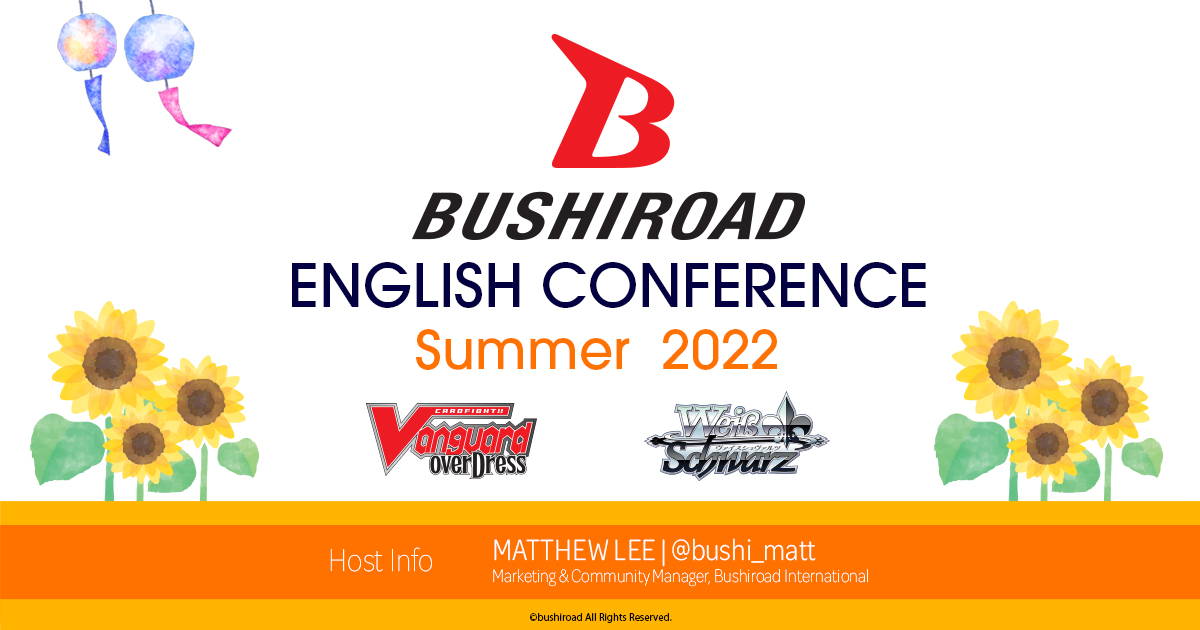 New titles and products are heating up the Weiß Schwarz stage!

Here’s a quick recap in case you missed the various announcements from the Bushiroad English Conference Summer 2022!

The Seven Deadly Sins: Revival of The Commandments

The Seven Deadly Sins will be swinging onto the stage of Weiß Schwarz once more as Meliodas and his merry band prepare to face up against new enemies threatening the peace of the kingdom! 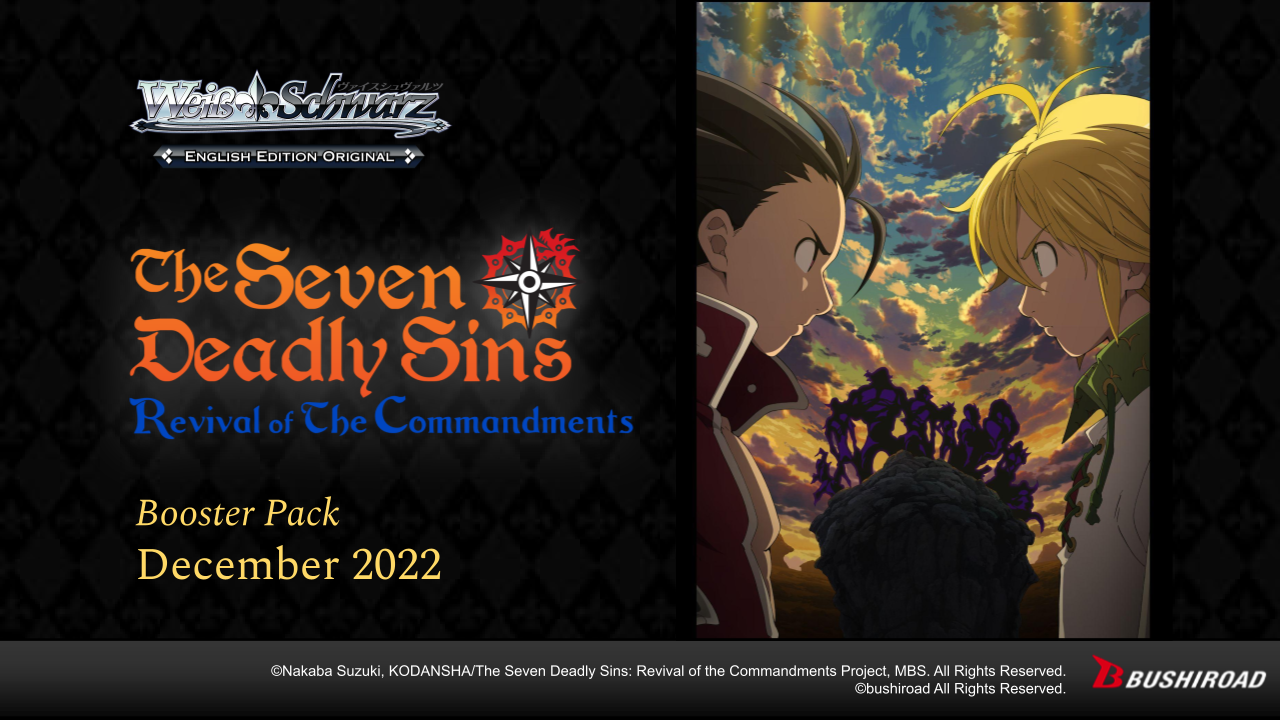 Booster Pack The Seven Deadly Sins: Revival of The Commandments will be released this December and pre-orders will be starting real soon! Like, reallllllllllllllllllllll soon.

A deadly war of subterfuge continues with the goal being… a confession of love?! 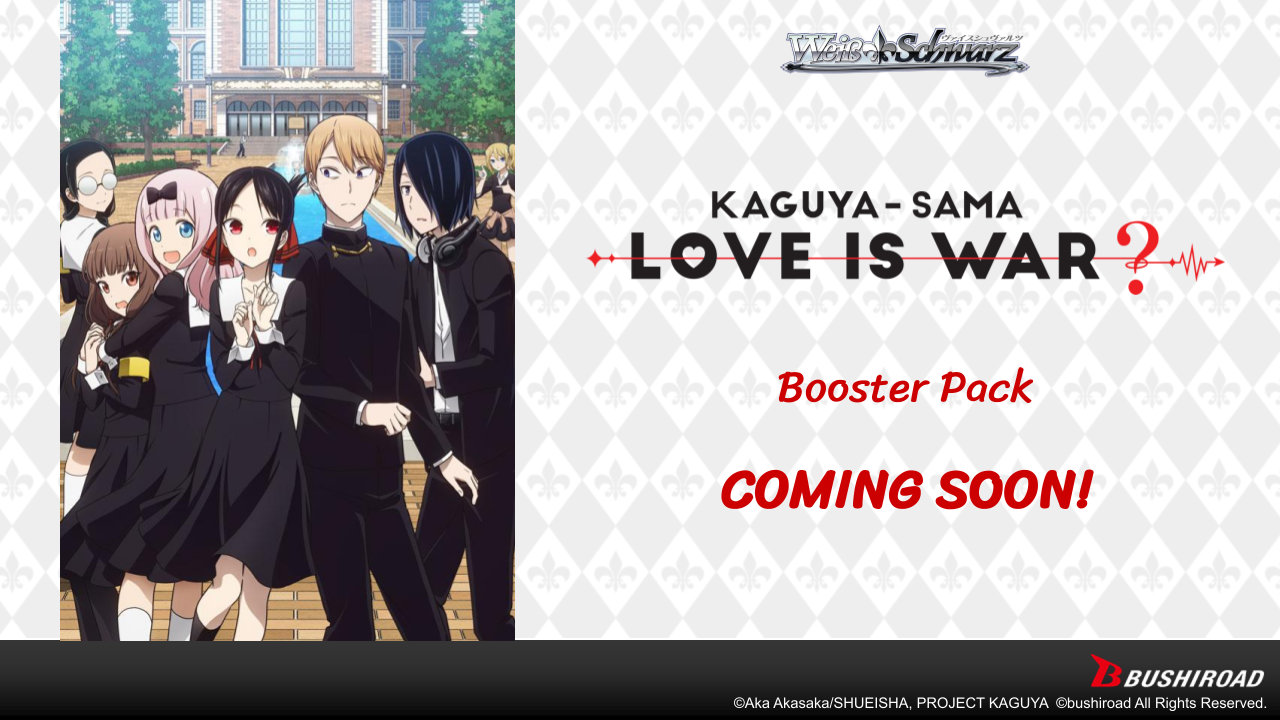 Experience a romantic battle of the brains with unspoken feelings aplenty in Booster Pack Kaguya-sama: Love Is War?, coming soon to a Weiß Schwarz stage near you!

Join Shido once again in his quest to date Spirits and save the world! 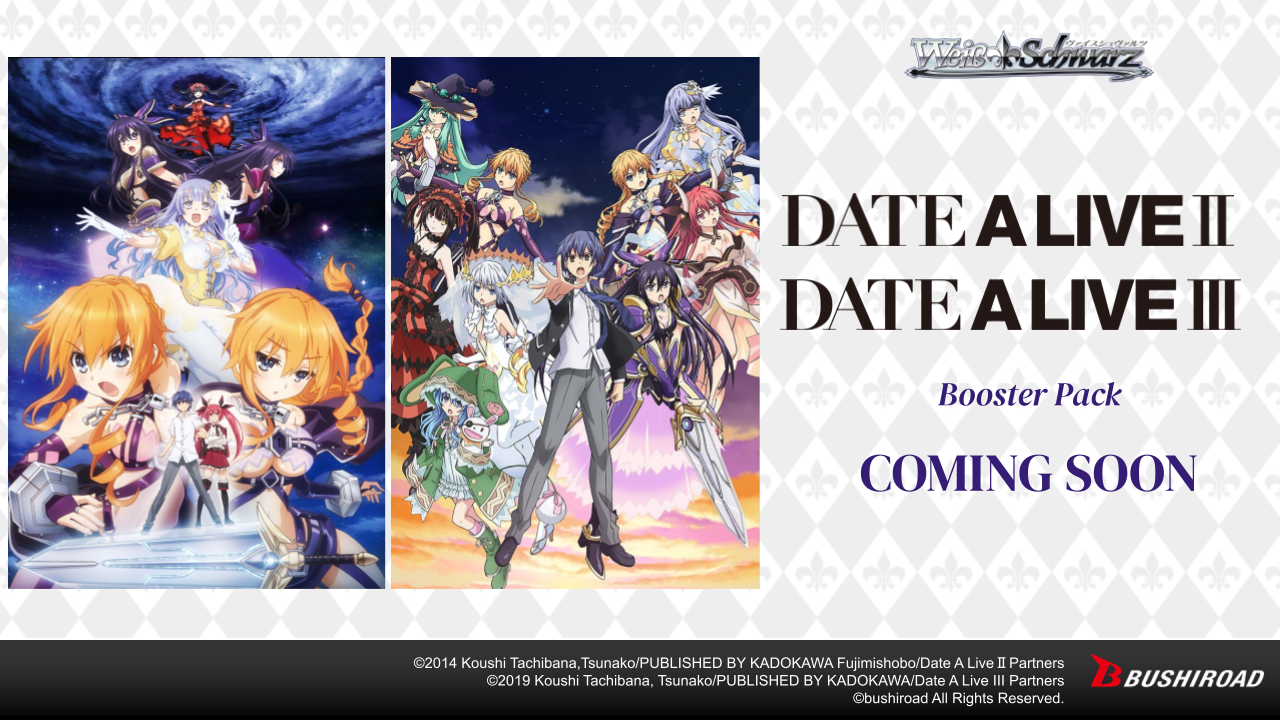 Booster Pack Date A Live Vol.2 will feature iconic moments from season 2 and season 3 of the anime series!

Water. Earth. Fire. Air. Long ago, the four nations lived in harmony. Then everything changed when the Fire Nation attacked… 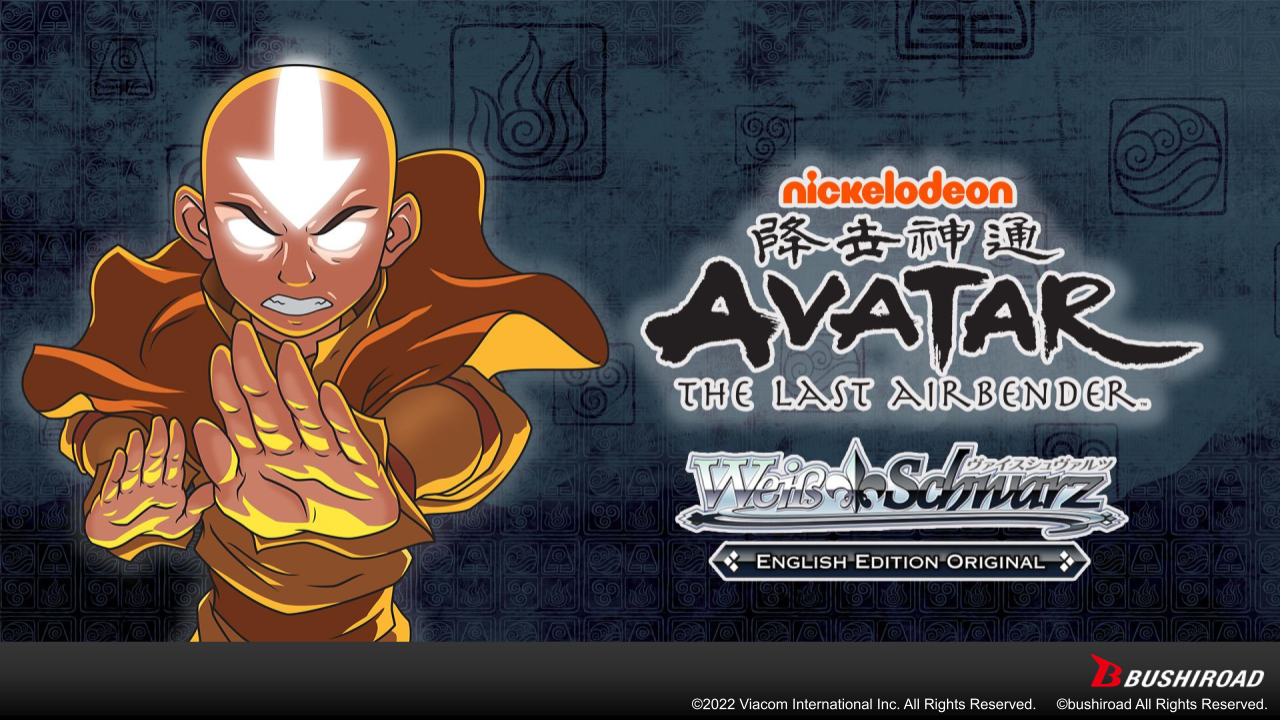 Master the four elements and save the world in our next English Edition Original, Avatar: The Last Airbender! While this title is still in the works, more information will be announced in the coming months so stay tuned to our official channels!

In May, reprints for Booster Pack That Time I Got Reincarnated as a Slime were released and we’re very heartened to see the excitement around it! We’re still on track to release the reprint of Booster Pack Nazarick: Tomb of the Undead later this year and more information will be announced soon.

Here’s a quick overview of all our upcoming titles in 2022 and beyond! 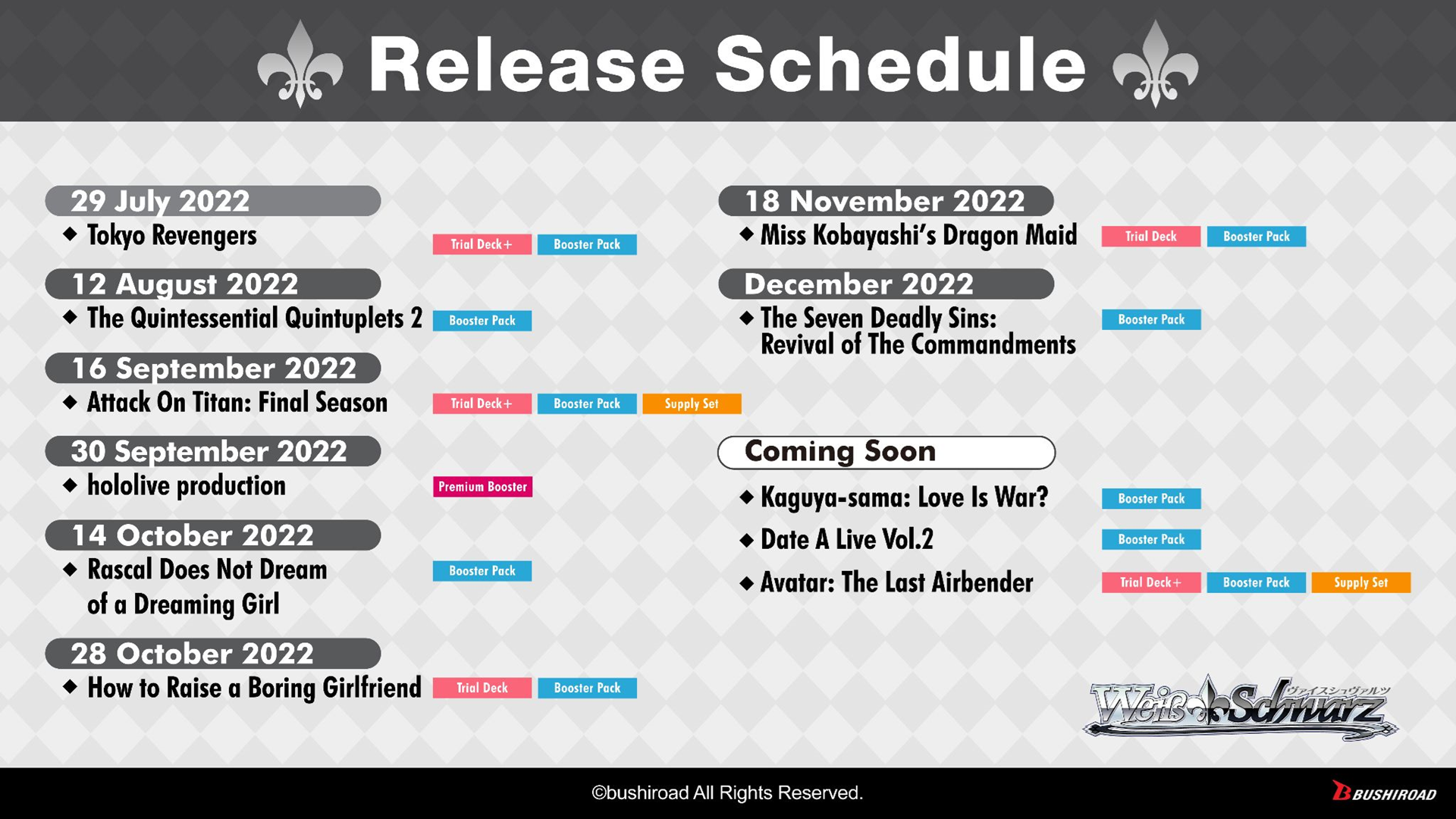 Let’s power up together!