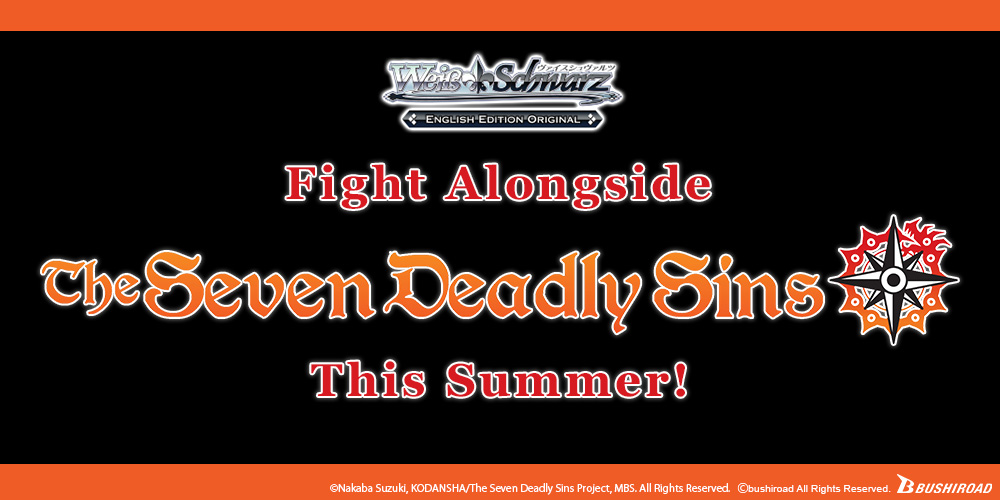 Join The Seven Deadly Sins in their battle against the Holy Knights on the Weiß Schwarz stage!
Trial Deck+ and Booster Pack Hit Stores July 30th!

Fighting against evil is anything but an easy task, especially when the opposition is one of the strongest knight order in Britannia – the Holy Knights! In this issue, let’s take a look at an ally of the Sins, it’s the young king of Camelot, Arthur Pendragon! 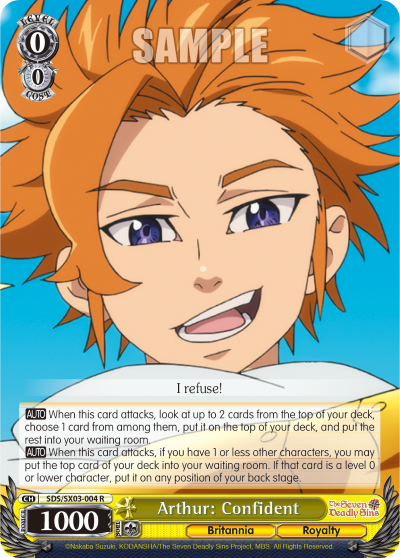 Despite being new to his role as a king, Arthur takes his responsibilities seriously. His handy character card, Arthur: Confident will aid you well in early game!

When he attacks, you can look at up to 2 cards from the top of your deck, and decide which one to return to the deck while discarding one to your waiting room, in a setup for your next move!

Paired with his second ability, you can add another character on your back stage to support and keep him a little longer on the field!

Can’t get enough of our card reveals from The Seven Deadly Sins? Stay tuned to our official website and social media channels as we’ll be unveiling more rare cards from this set prior to its release in the coming weeks!

Remember to check out The Seven Deadly Sins when it’s released this summer! 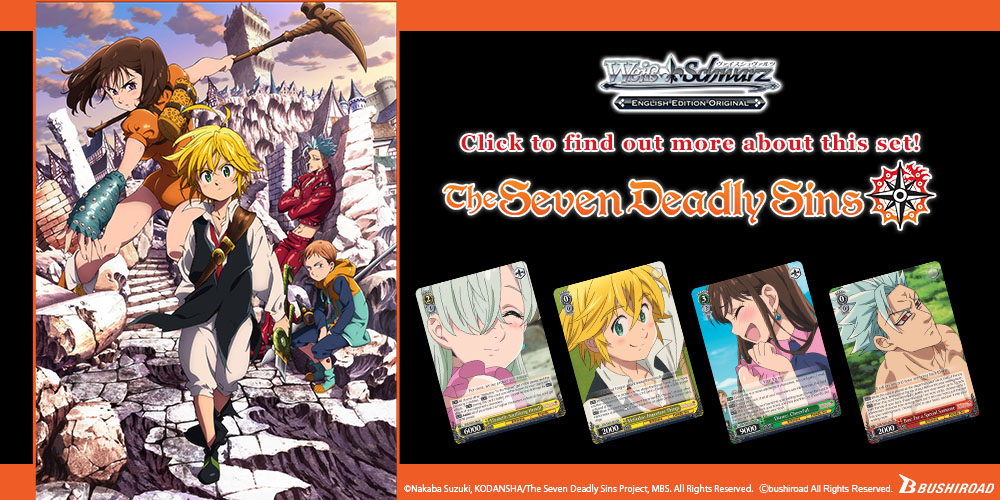