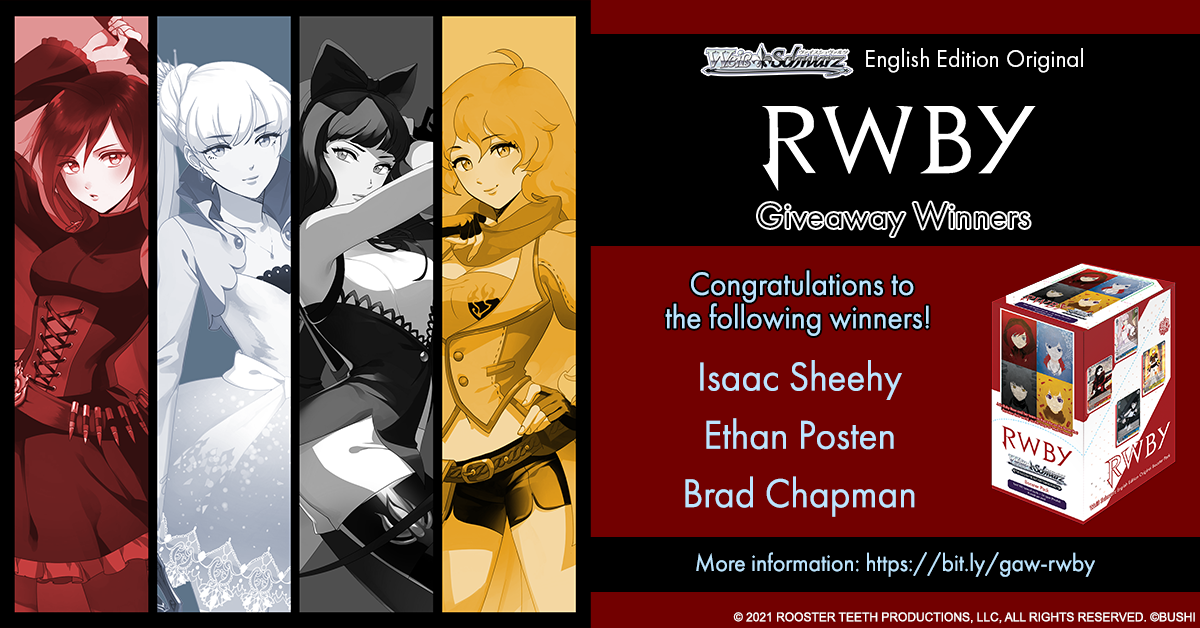 Congratulations to the following winners who will each be receiving a RWBY Booster Pack Display Box! Check out what they had to say about their exciting decklists!

I love this moment where Jaune finally decides that he can do something for Pyrrha after all she’s done for him. He puts on the dress and dances with his team in front of everyone. Everything feels happy and wholesome.

Elsewhere, Cinder is planning to overthrow the security of Beacon and claim the life of the maiden protected beneath the academy.

This deck is a tricolor antagonist deck, featuring Salem and all the lackeys involved in her plan to bring about the fall of Beacon.

The main strategy of this deck revolves around Cinder: Complete Maiden Powers, while the other cards are capable of sorting through your deck quickly to get Amber, Fall Maiden into the memory to power her up should be child’s play. However, if this proves too difficult, Salem and Neopolitan can both be used as neither rely on specific cards, allowing them to take to the field at the highest potential right away.

This deck is based around the the fight between Team RWBY and Team FNKI during the second round of the Vytal Festival, which is one of my favorite fights in the series.

Yang and Neon clash at level 0, with Ruby and Blake providing support from the stands while the headmasters work behind the scenes to ensure everything goes smoothly.

The fight heats up with Weiss and Flynt performing at level 1 to help you build up your field and hand depending on the situation. Flynt has a grudge against Weiss due to her family putting his father’s dust shop out of business.

Yang makes her move at level 3 and pulls her weight in this top end. Yang makes the tough choice between healing or going on full offence with her climax combo. Qrow bookends the deck as one last defensive tool at the end of the deck. He also appears at the end of the episode so it all works out.

A big thank you to everyone who participated in the giveaway. Do stay tuned to our website and social media channels for future giveaways!