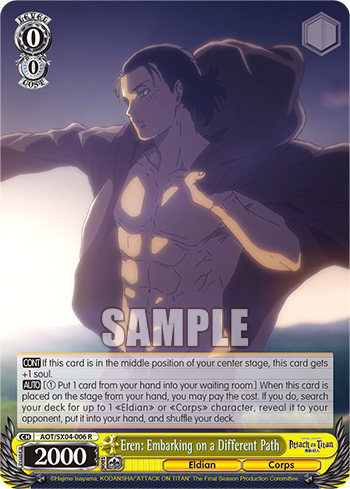 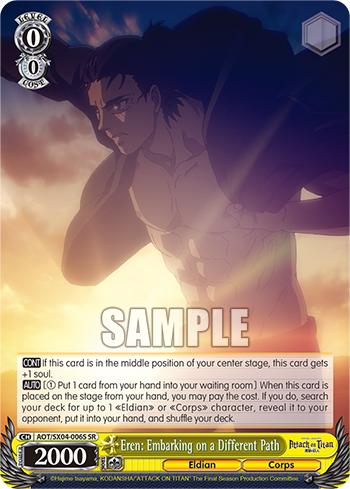 Set off with Eren: Embarking on a Different Path, a versatile character at any stage of the game! Push for more damage with his first ability that grants him one additional soul when attacking from the center stage. Looking for a specific character to play out your combo? His second ability is an on-demand search! 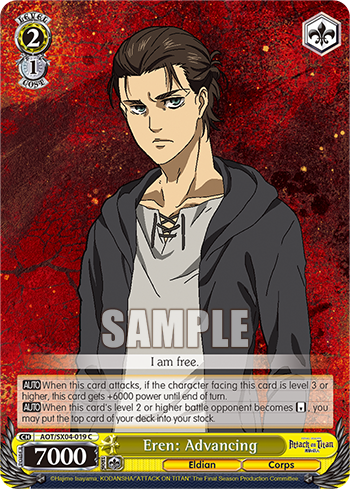 Press forth for victory with Eren: Advancing! If you find yourself staring down the colossal threat of a level 3, his abilities grant him a titanic boost of 6,000 power while also refilling your stock! 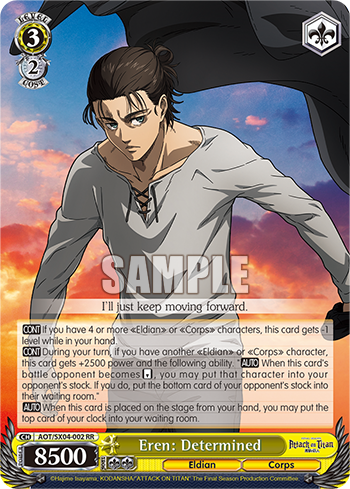 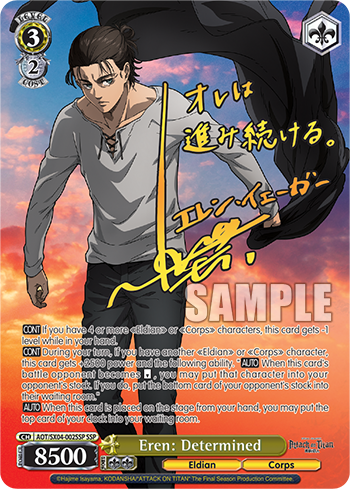 Move forward to freedom with Eren: Determined who comes down one level early to lay on the pressure! His ability to send reversed characters to your opponent’s stock is a welcome addition that prevents any surprise on-reverse abilities from opposing characters! 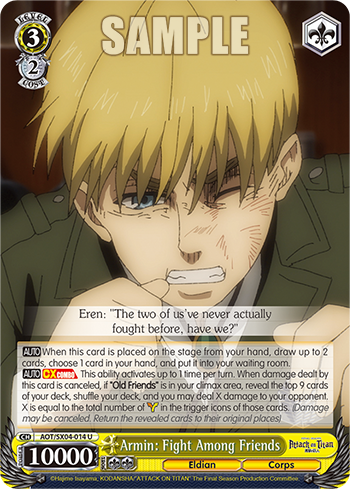 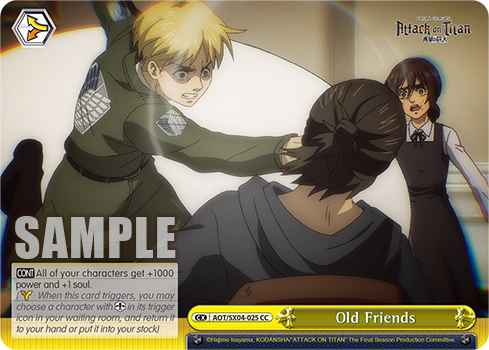 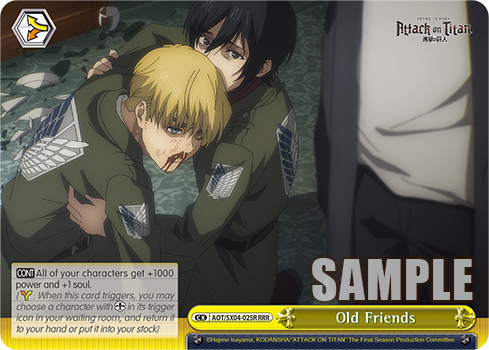 It’s time for a good ol’ brawlin’ with Armin: Fight Among Friends and his Old Friends climax combo! Walk away victorious with his ability that activates upon cancelling! The effect comes with no downside since it shuffles all the cards revealed back to your deck! 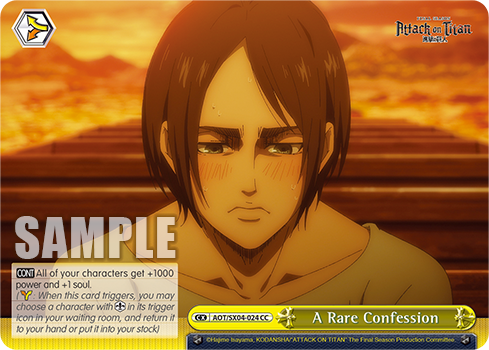 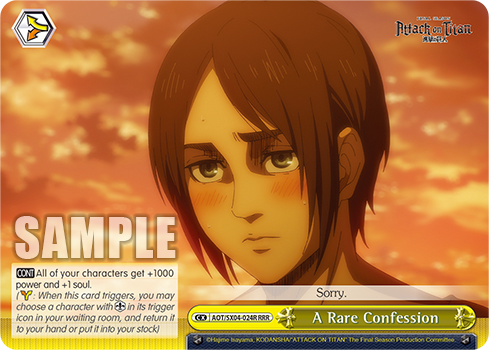 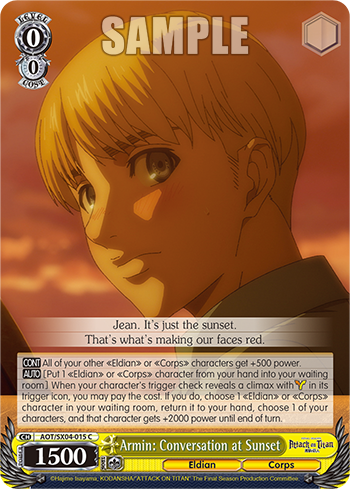 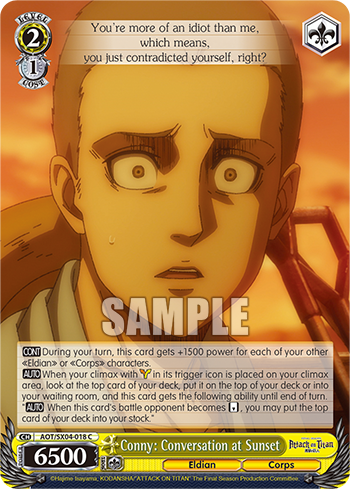 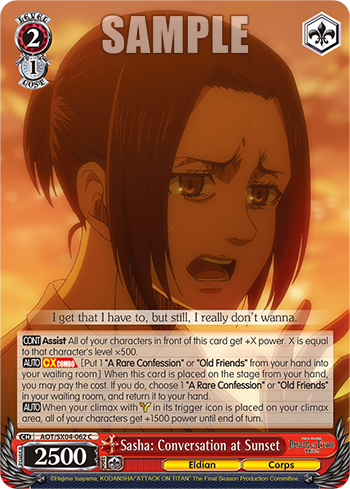 The heartfelt conversation at sunset intensifies with Armin, Conny, Mikasa, and Sasha is recreated on the stage of Weiẞ Schwarz! These four form the supporting cast for decks that intend to run eight Choice climaxes with effects that let you retrieve characters, cycle through your deck, and provide power boosts!