We have some exciting news to share direct from Anime Expo Lite! The following highly-anticipated titles will be released for the English Edition of Weiß Schwarz.

RWBY (December 2021)
Our second English Edition Original title for 2021 is here with the world of Remnant and the RWBY girls making an epic descent onto the Weiß Schwarz stage! 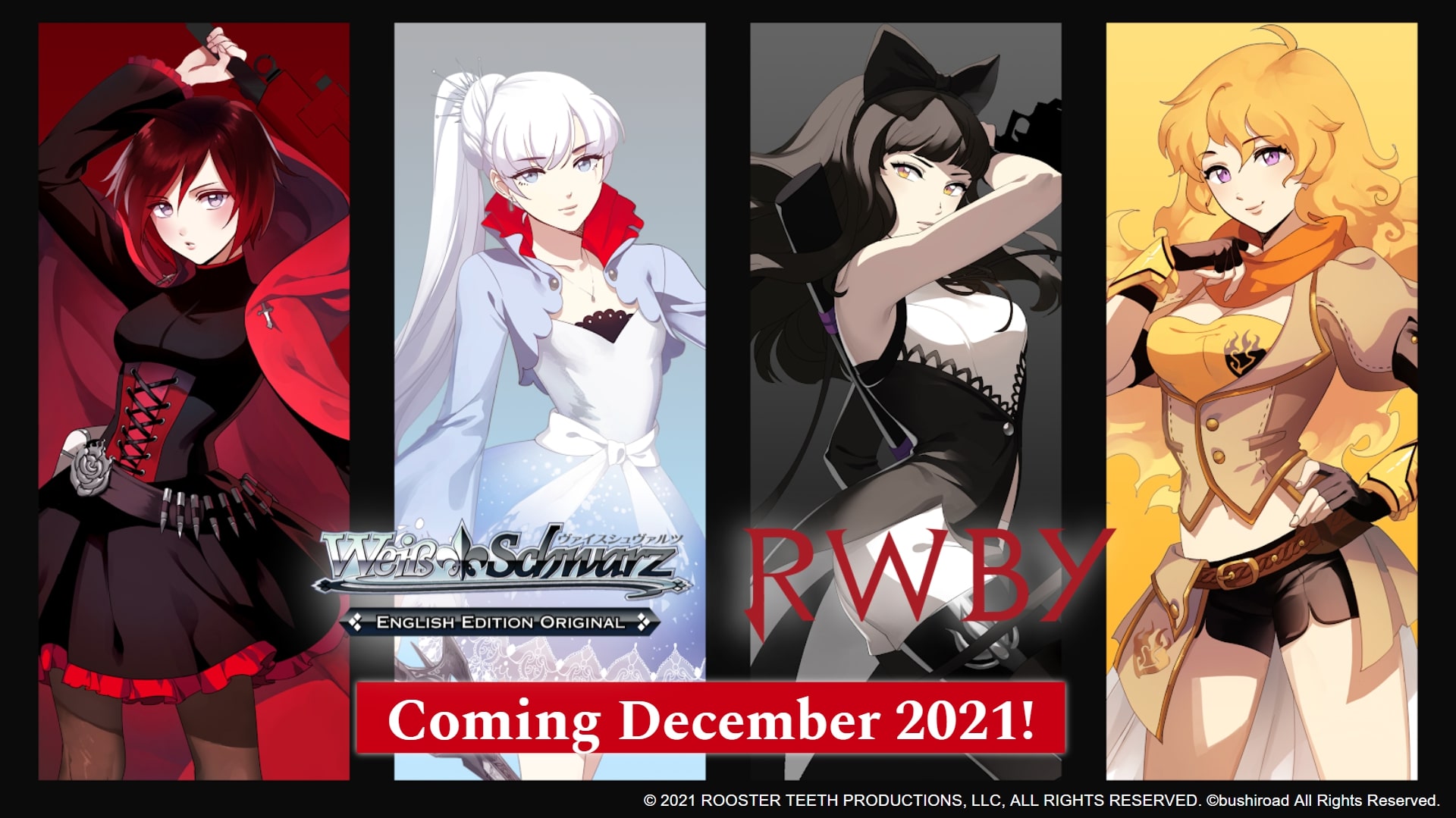 The huntresses-in-training are geared up to defend their world from evil with the Trial Deck+ and Booster Pack releasing later this year. 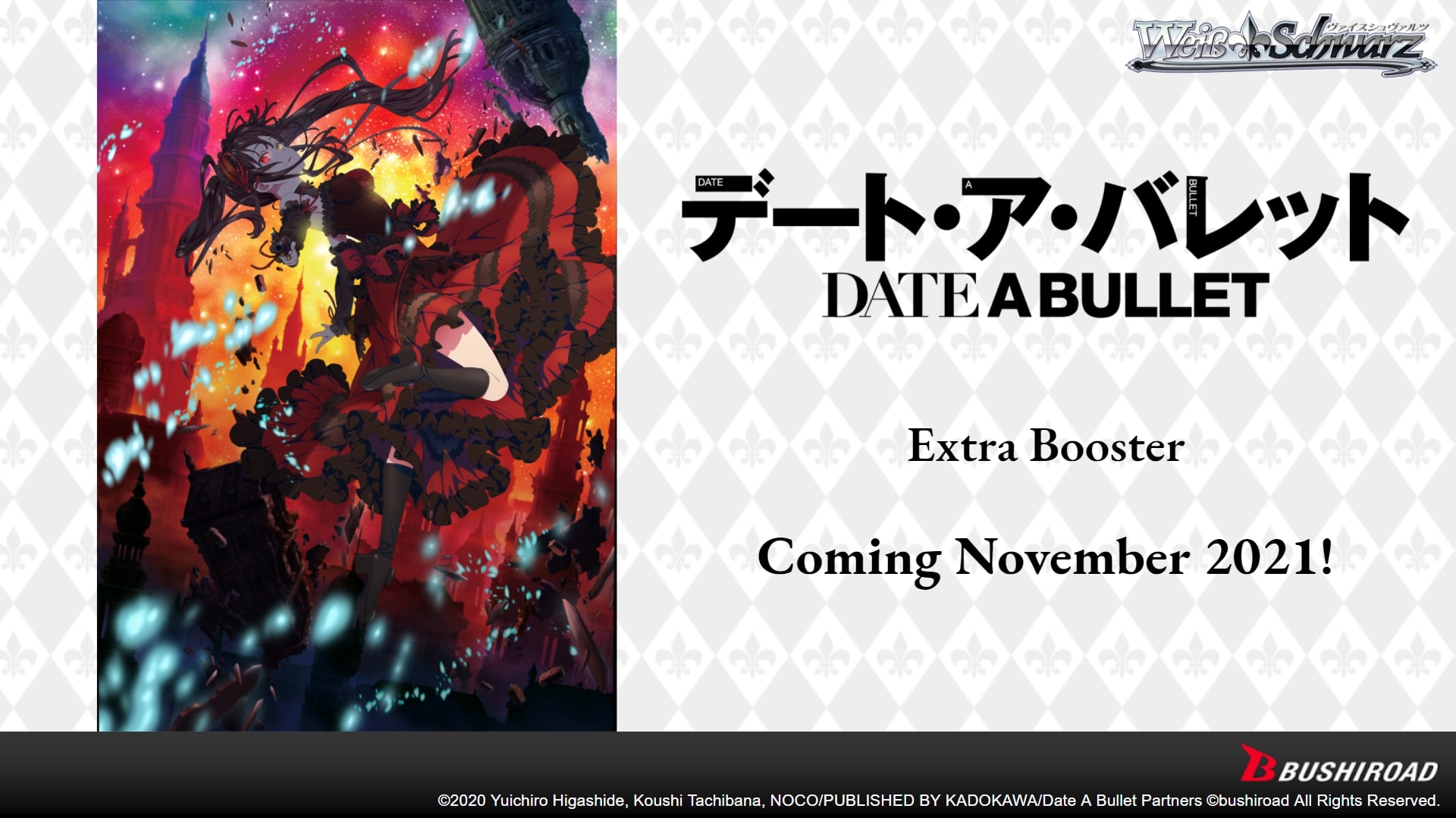 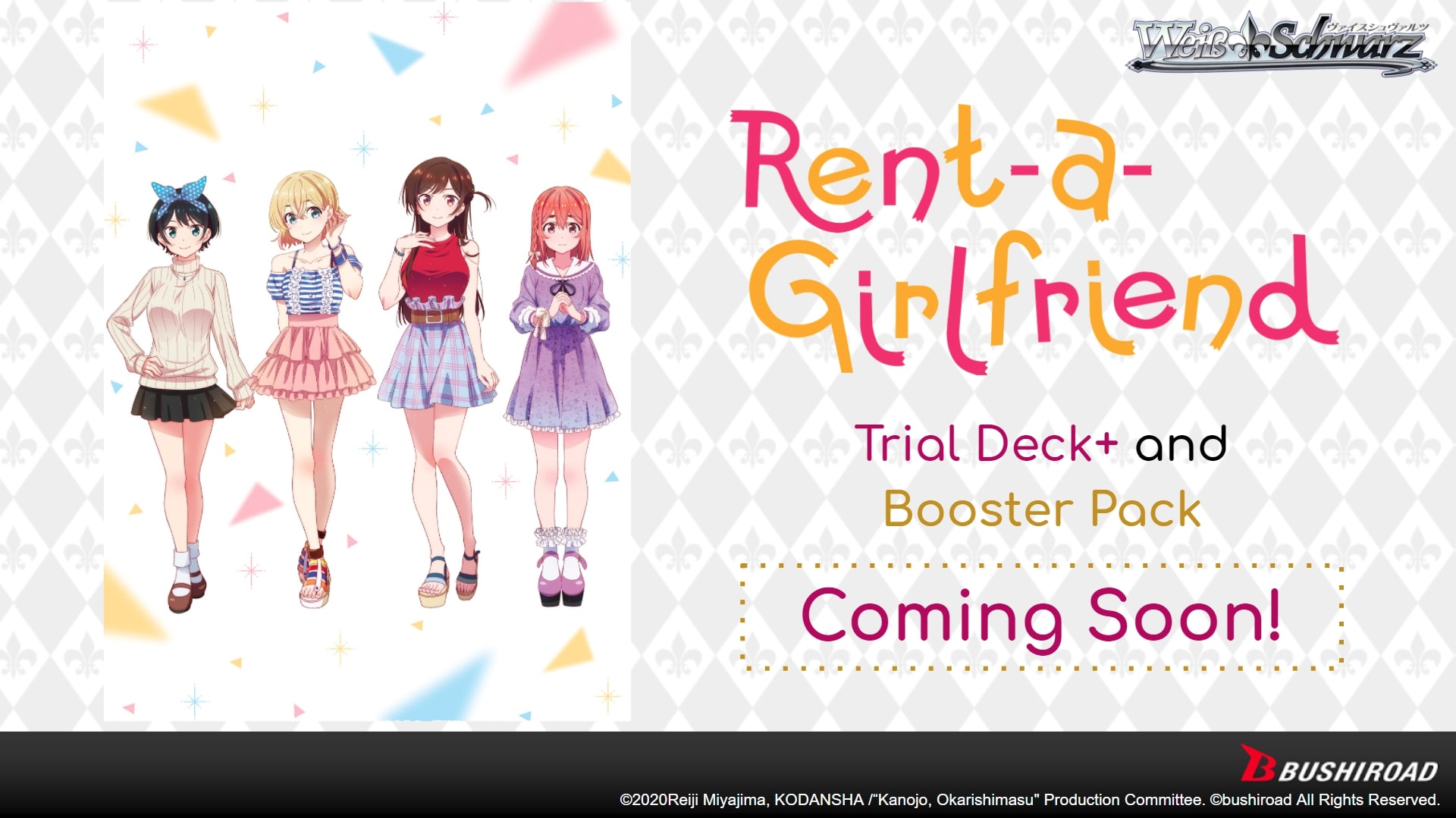 After a difficult breakup, college student Kazuya Kinoshita becomes increasingly tangled with Chizuru Mizuhara, a girl he met on a rent-a-girlfriend dating app service. Recreate their antics with the release of the Trial Deck+ and Booster Pack coming soon! 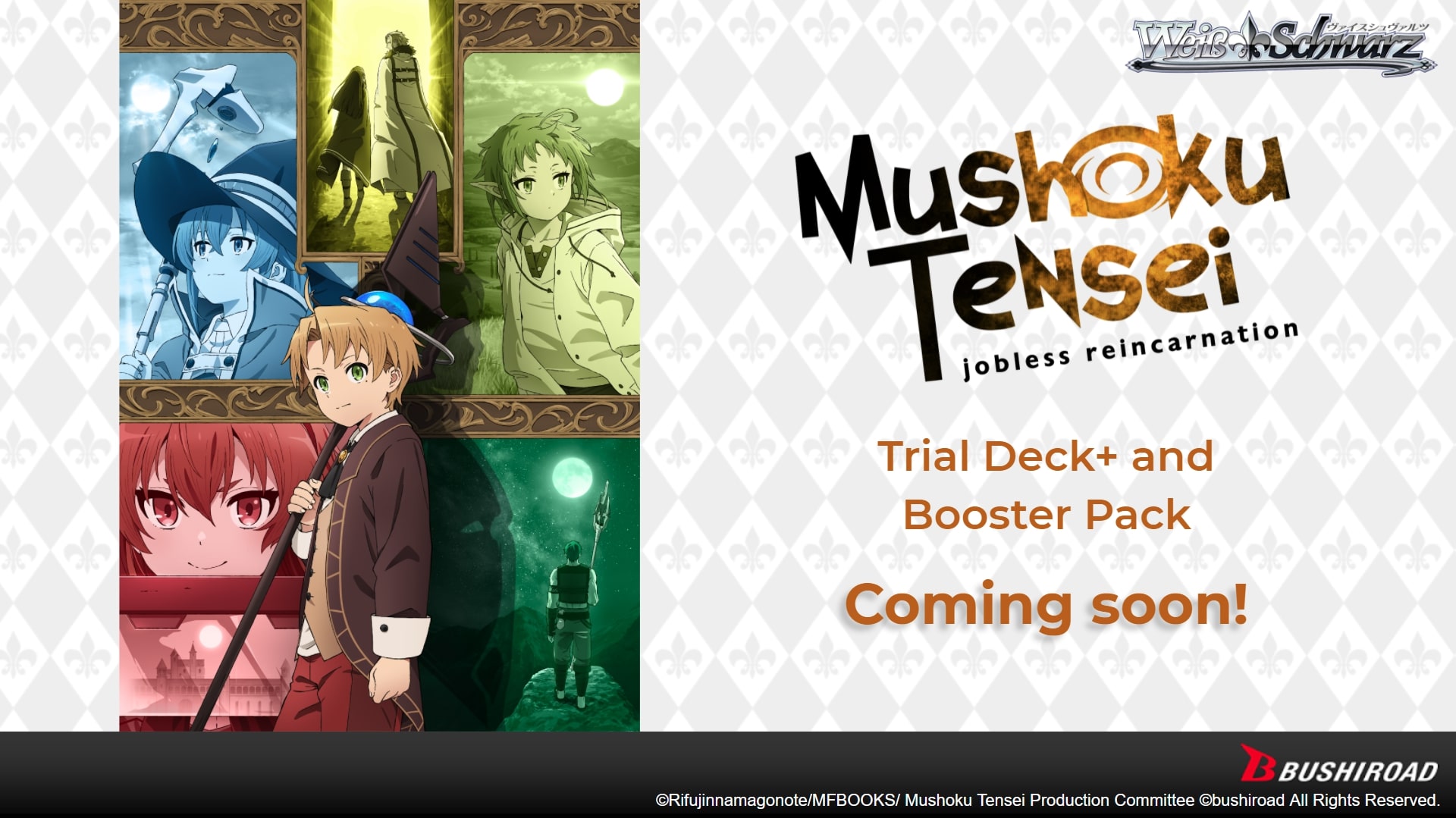 Dive into a world of sword and sorcery with Rudeus Greyrat, a 34-year-old NEET who resolves to be successful in his new life and world. Take part in his adventures with the Trial Deck+ and Booster Pack coming soon! 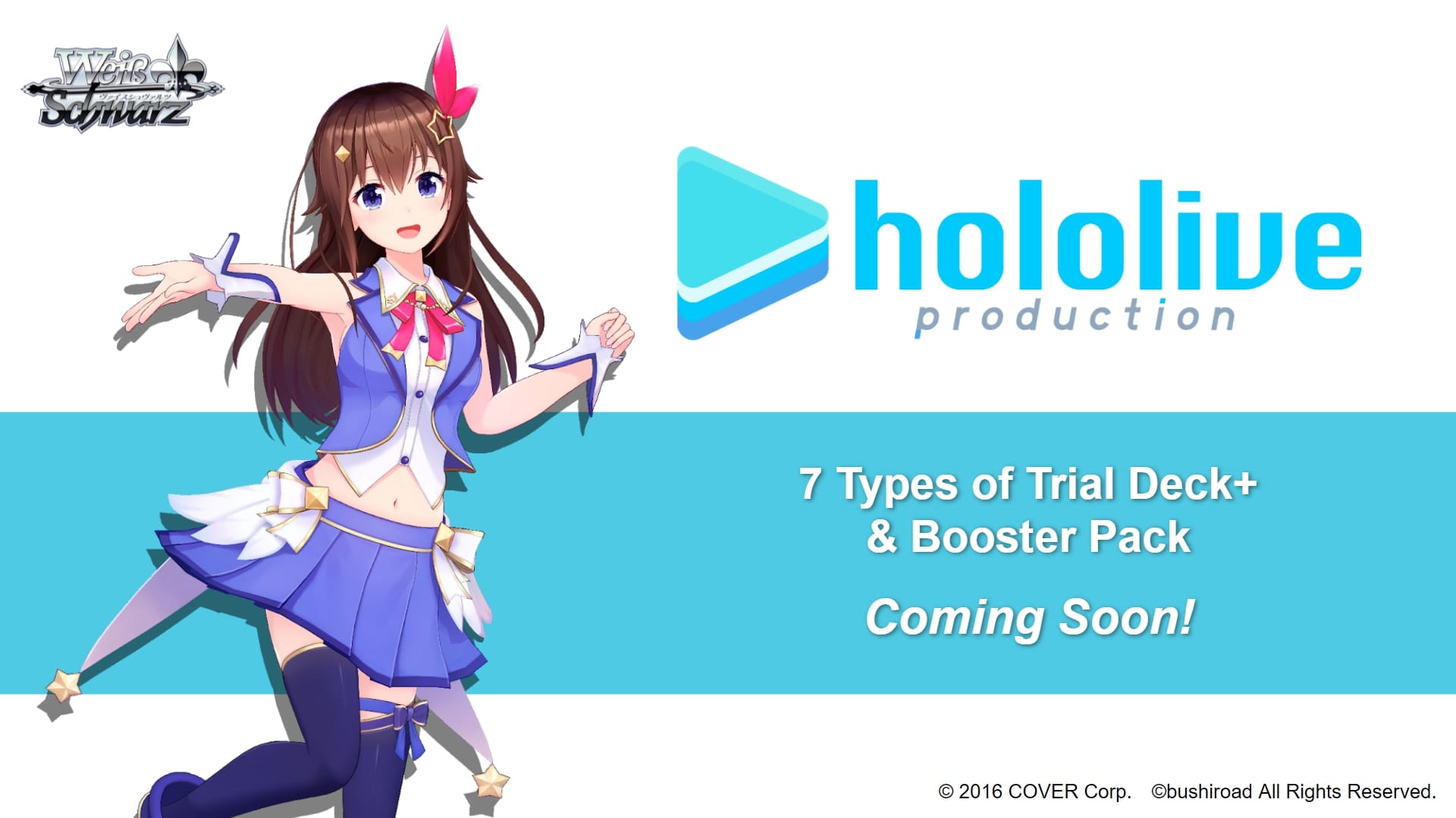 The curtains rise as the VTubers make their debut on the Weiß Schwarz stage with seven Trial Deck+ and a Booster Pack! Hololive Production, or “hololive”, is a real-world idol agency comprised of VTubers with over 40 million subscribers on YouTube.