Commence your training to be Huntsmen and Huntresses in our latest English Edition Original! RWBY joins our exclusive lineup with the release of Trial Deck+, Booster Pack, and Supply Set this December! Check out the official product listing here.

Don’t be afraid to play aggressively early thanks to Weiss Schnee! Her Team RWBY climax combo is an essential early-to-mid game play that ensures you’ll have the resources needed to lay on the aggression by guaranteeing two extra cards in hand!

Awaken the power within

Pyrrha is preparing to become the next Fall Maiden!

The conditions are now clear for a devastating finish! Ruby Rose sweeps in with the Ruby’s Awakening climax combo, allowing her to snipe her opponents from afar! In place of your regular attack, Ruby Rose deals three damage to your opponent while also sending the opposing level 3 or lower character to your opponent’s clock. Talk about high impact! 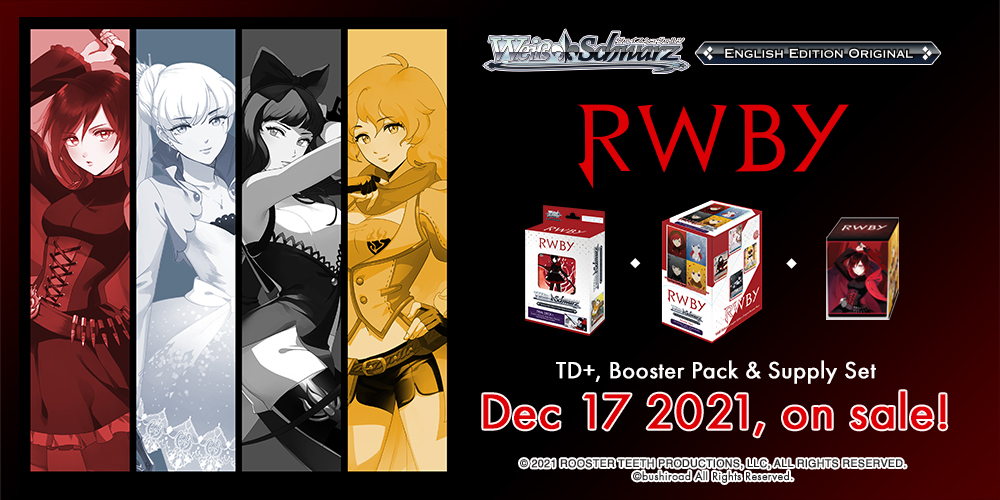