Fans of Kurumi Tokisaki are in for a treat with the arrival of Extra Booster Date A Bullet! Experience new battles and relive the climatic showdown between Kurumi and Queen only on the Weiß Schwarz stage!

Your future is a thing of the past!

No one is better poised to maneuver the passages of time like “〈Zafkiel〉” Kurumi and her angel 〈Zafkiel〉!

With some strategic calculation and forward planning, the 〈Zafkiel〉 climax combo is an insidious late game finisher your opponents will not see coming! When active, the climax combo bestows another character a slight power boost and the ability to deal additional burn damage equal to the level of one card in your clock +1. Here are two possible game state scenarios you can consider:

Warp the fabrics of space-time with the 〈Lucifugus〉 climax combo! When activated, you can choose to disrupt your opponent’s strategy by returning two cards from their waiting room to their deck, thus preventing any Change mechanics or waiting room manipulation; or burn them to death with two burn damage. Either way, your opponent is going to suffer! 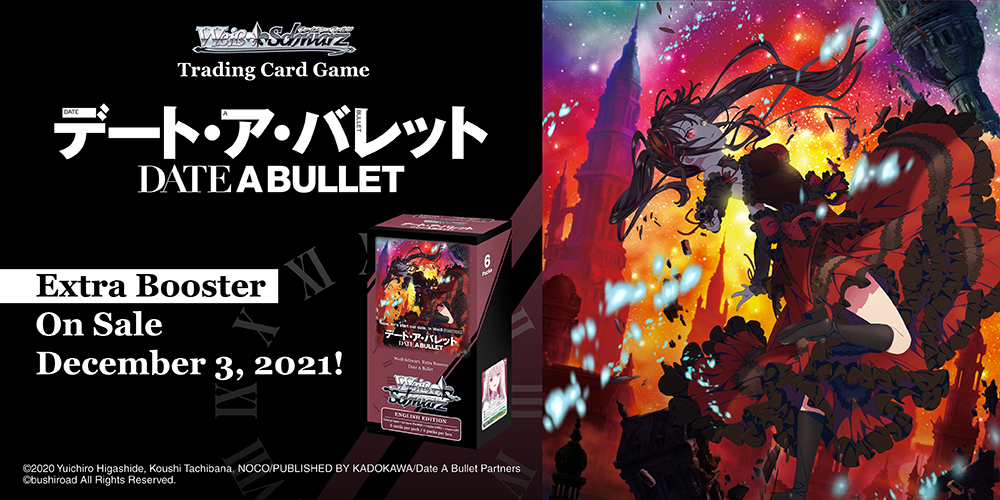