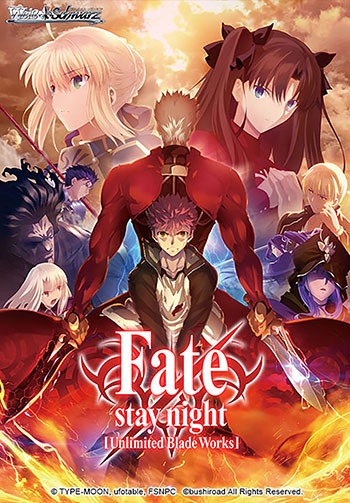 Welcome back to the Weiss Schwarz weekly column! If you have been following our Facebook Page closely, you would have seen the news about the upcoming release of the Booster Pack and Meister Set products for Fate/stay night [Unlimited Blade Works] Vol.Ⅱ in April! That’s great news for fans of the Fate series. Details about these products are available HERE.

The Melancholy of Haruhi Suzumiya

The SOS Brigade Has Arrived! – Part 2

Last week, we talked about how we can build a deck with all the members of the SOS Brigade. In this week’s column, we will look at how to build a deck with only 1 character. If you enjoy building your deck around your favorite character like what we did for Love Live!, you would probably enjoy this. It’s always more fun to play a deck with your waifu in it, right?

Here are some important things to look out for when you are building a single character deck.

Before building a single-character deck, it is important to figure out how all these different cards of the same character can compliment each other to give you an advantage. Some single character decks emphasize on power, while others play around with gimmicky abilities. For example, if you are playing a deck with only Yuki Nagato, Alien, Nagato & Asakura & Kimidori would be a very important card because almost all Yuki Nagato has the <<Alien>> trait and this card can search for any Yuki Nagato in your deck. On top of that, it gives all <<Alien>> on the stage a +500 power boost.

After identifying the theme deck, consider adding in some other characters to make you deck work better. Some meisters might insist on having a deck with purely one character, but if adding a few copies of other characters makes your deck work better, why not? For example, adding a few copies of Ryoko Asakura can increase the offensive power of a Yuki Nagato deck at level 1. This card is also an <<Alien>> and benefits from other abilities and boosts from cards that support Yuki Nagato.

Don’t forget to check out the Event cards that can strenghten your deck as well. Some Event cards probably works best when you are playing a single character deck. Message on the Bookmark is a good example. It requires you to have an <<Alien>> character on the stage and will always meet the requirement if you play a Yuki Nagato deck.

Here is a deck that I have made for Yuki Nagato, with a few cameo appearance of Ryoko Asakura.

How would you build a deck with your favorite character? Let us know if you have any good ideas via sg_support@bushiroad.com!

Stay tuned to the weekly column to find our more about what’s happening in upcoming Bushiroad Spring Fest 2016!