The invitation-only event was held in the Bushiroad Headquarters in Tokyo, Japan. 8 players from around the world have traversed great distances to come here and compete for the title of World Champion!

Despite the long travelling hours, the players were raring to go during the World Finals. In fact, all of them seemed to enjoy themselves quite a lot during the tournament. The World Finals was filled with fun and laughter!

Here is a breakdown of the titles used by the World Finals participants.

The most dominant title used was Attack on Titan! Two players were using the «Corps» deck, while the remaining one was a «Titan» deck.

Two players were using Kancolle with a similar build, making it the 2nd most popular title among the World Finals participants.

I was expecting at least one players to be using a Sword Art Online deck, since this title several versatile strategies and play styles suited for a tournament like the World Finals.

The Love Live! series can utilize unconventional strategies that help keep the deck build unpredictable and difficult to read while still being versatile.

To nobody’s surprise, Alexy Cortez, winner of the North America Continental Finals attempts to conquer the opposition with Disgaea ~Hour of Darkness~.

After hours of epic battles among the best, we have arrived at the final round with the Fleet Girls from “Kancolle” battling with the Titans from “Attack on Titan”. It was impossible to tell which player had the advantage because both their decks had a few great combos that could win them the game. Not to mention that the finalists are really good at using them.

One of the most entertaining moments was the countless head-on battles between Shimakaze and Shiyoko. The finalists seemed to be able to play these characters very frequently in the finals.

The Rise of the Titans 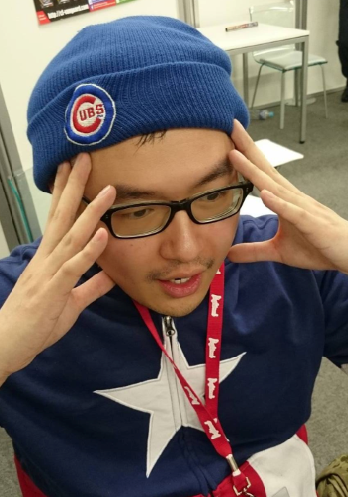 As the game progressed, we soon had a formidable «Titan» combo present on the stage to tear down the Fleet Girls’ formation. Victory seemed out of reach for the Fleet Girls in the face of the Titans’ overwhelming power.

However, the Titans did not dominate for long…

The Fleet Girl Strikes Back 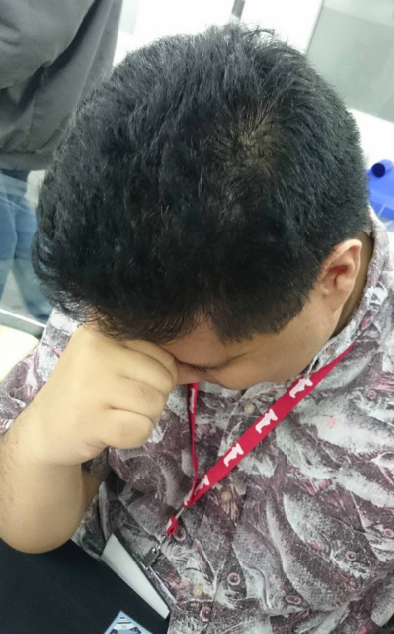 “Live the dream!” Clinton declared as he played Akagi-class Aircraft Carrier, Akagi-Kai – not 1, but 3 copies of them. With its climax synergy, all of them received a total of +3000 power boost. Combined with other power boosts, Akagi-kai tore the «Titan» combo apart and uprooted its hold on the game.

Clinton had slowly been setting up this combo in order to fight back against the Titans. Let’s not forget 2nd Shokaku-class Aircraft Carrier, Zuikaku who is in the backstage supporting the team with its fearsome support ability.

It was not long after that the Titans fell and the Fleet Girls emerged victorious from this epic battle. Congratulations to Clinton Chan from Chicago, Weiss Schwarz World Champion of the Bushiroad World Championship 2015!

Interview with the World Champion

After his victory, we had the privilege of interviewing Clinton Chan, the Weiss Schwarz World Champion of Bushiroad World Championship 2015. 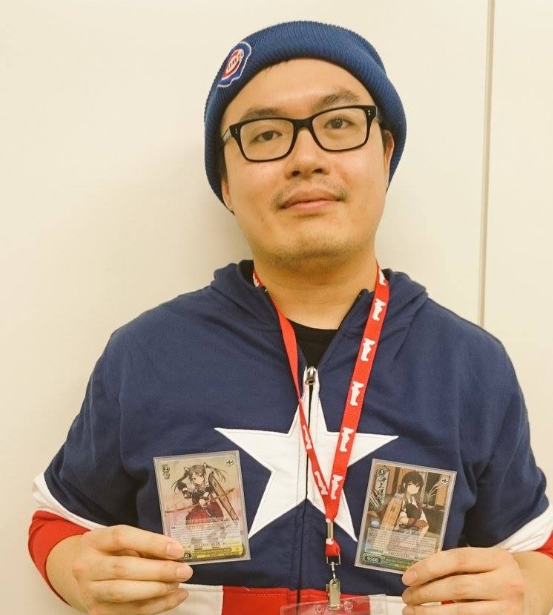 Weiss Schwarz is a game in which anybody can do well with any set. Luck is an important factor but skill makes a huge difference too.

No doubt, it’s going to be “Kyubey Urges for a Contract”.


— How do you feel about winning the Bushiroad World Championship 2015?

Play a lot, work hard and do not be afraid to look for resources online. Most importantly, have fun! If you are not playing, you cannot have fun!

With this, we have concluded the Bushiroad World Championship 2015. However, the Bushiroad Spring Fest 2016 will be starting real soon! Check out the schedule and we shall see you there (ゝ∀・)

We will be back next week to introduce upcoming expansion of The Melancholy of Haruhi Suzumiya. Stay tuned!