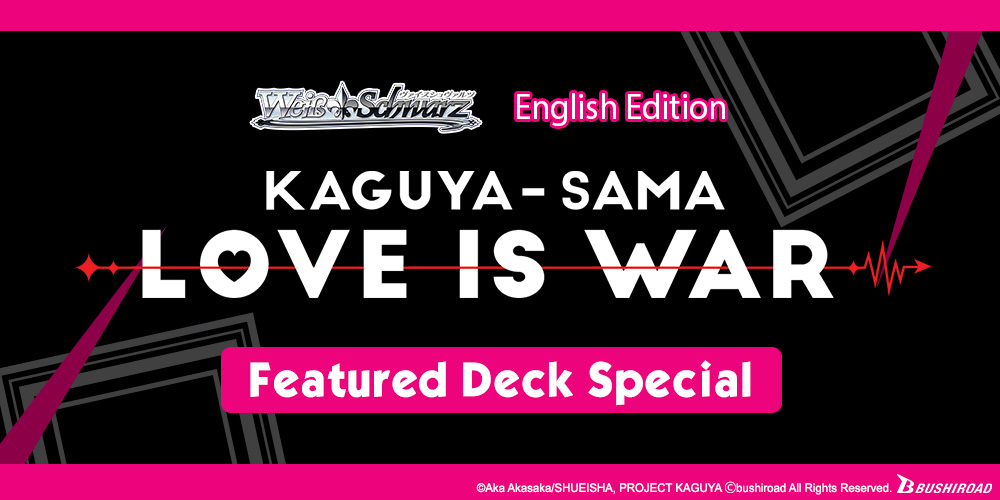 Follow the romantic comedy between Kaguya and Miyuki, as they scheme to make the other confess their love first on the stage of Weiß Schwarz!

It is going to be a romantic battle of the brains as another new title, Kaguya-sama: Love is War joins the English Edition lineup, with the release of a Trial Deck+ and Booster Pack this end-June!

Originally a Japanese manga that was adapted into two anime seasons with a third one in the works as well as an upcoming OVA, this set features the titular character, Kaguya Shinomiya, alongside other main characters, Miyuki Shirogane, Chika Fujiwara, Yu Ishigami and Ai Hayasaka. 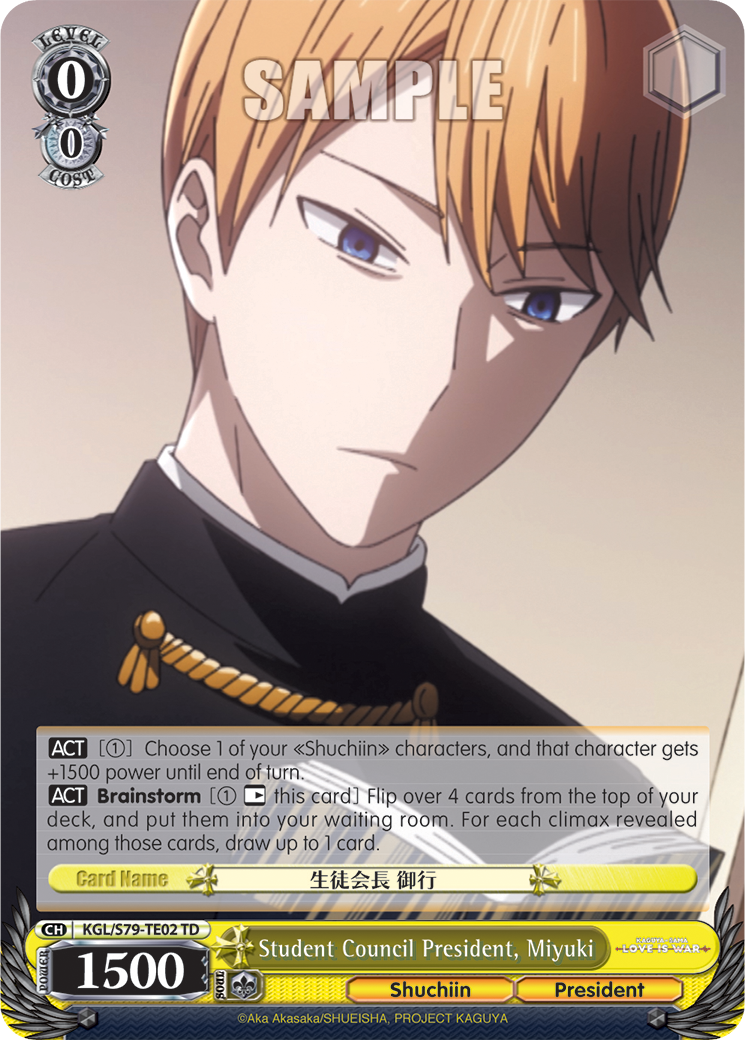 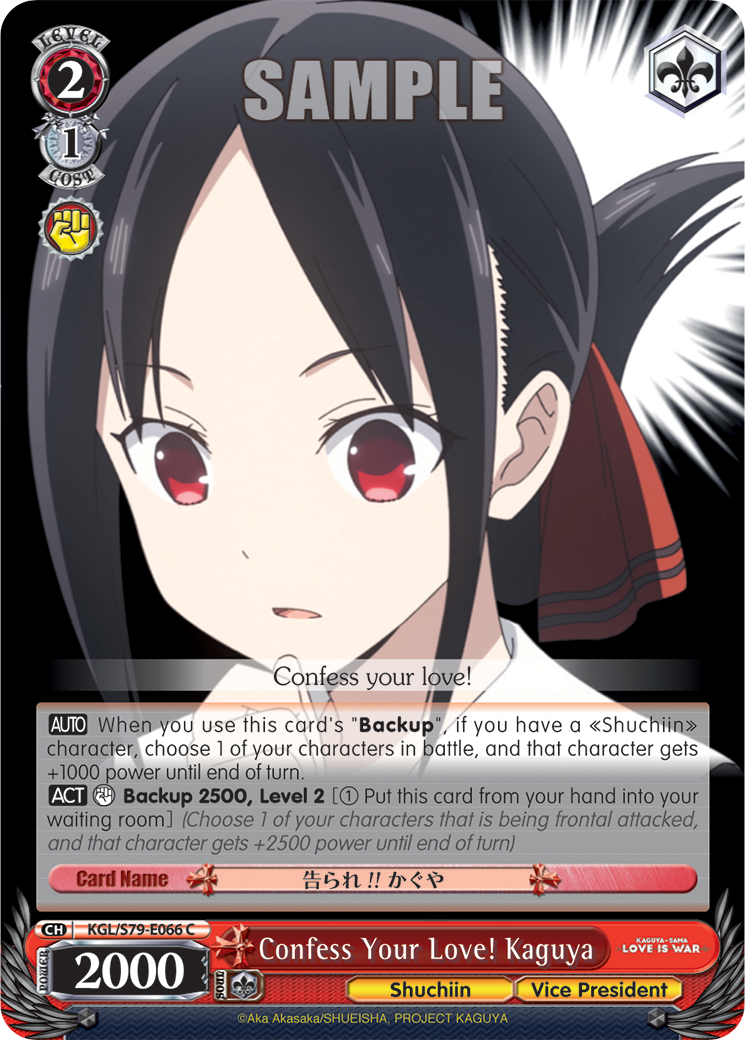 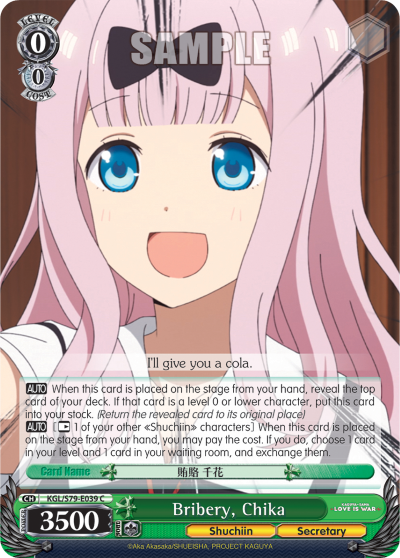 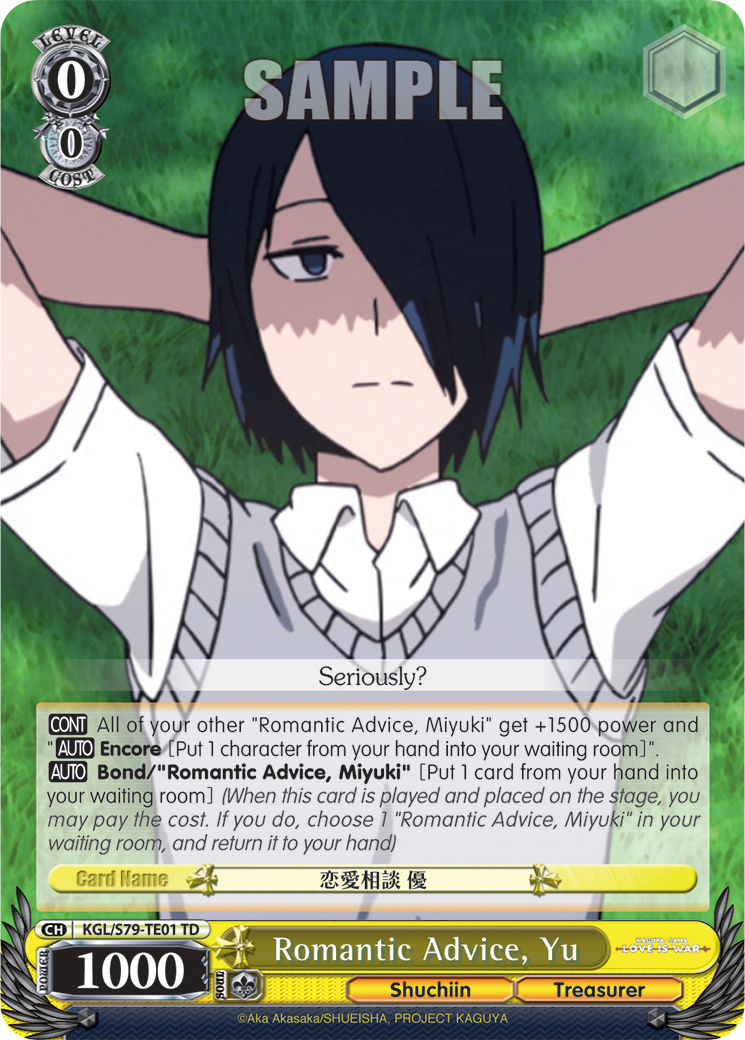 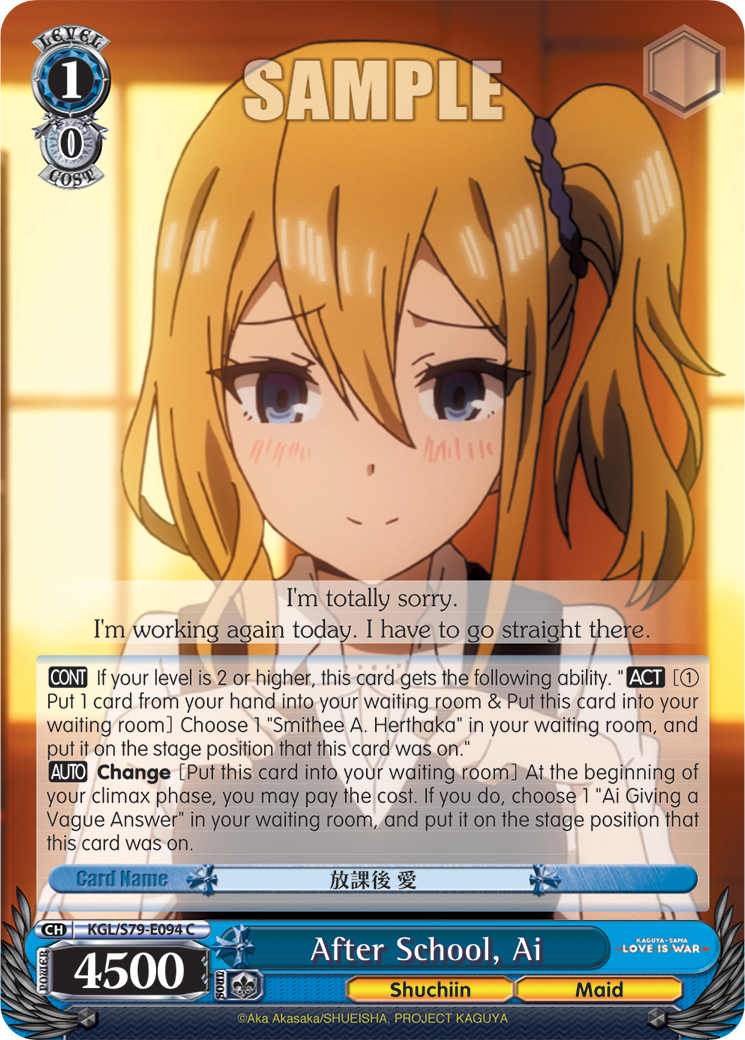 It may take a while before the two make their feelings known to each other but that is not going to deter us from shipping them in the best way we know how… Check out how you can build a couple deck, featuring Kaguya Shinomiya and Miyuki Shirogane!

This deck reenacts the interactions between Kaguya and Miyuki in the anime series. Serious Showdown Between Geniuses, Kaguya is the highlight of the deck that allows you to deal separate instances of 1 damage to secure victory in late-game. Persisting Conviction, Miyuki is a great level 3 card that can be played at level 2 and acts as a 14,000 power wall that your opponent cannot use Backup against!

Behind Kaguya is her loyal valet, Ai who is always ready to support her master. Ai Bestowing Courage can be used to search for your desired 《Shuchiin》character in the early game. Remember to keep one in your hand to use the Resonate abilities of Serious Showdown Between Geniuses, Kaguya and Hopeless at I.T., Kaguya. 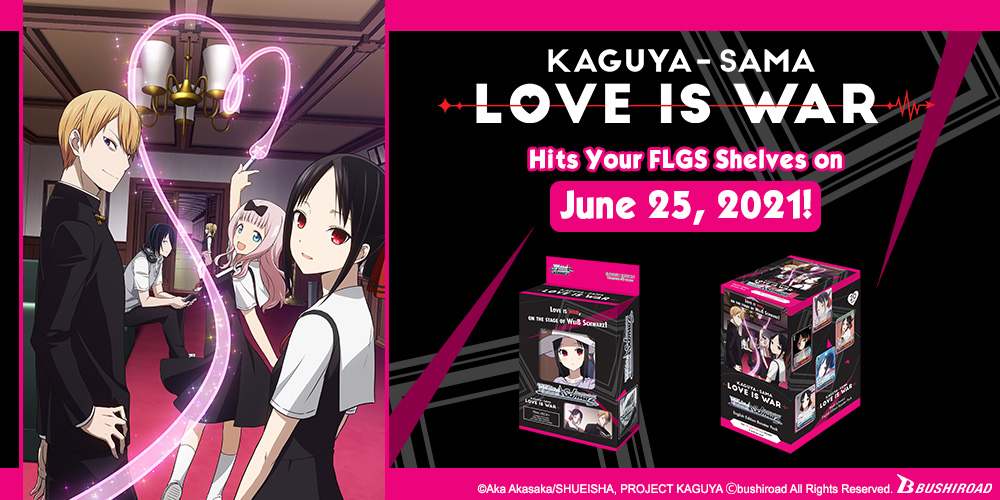