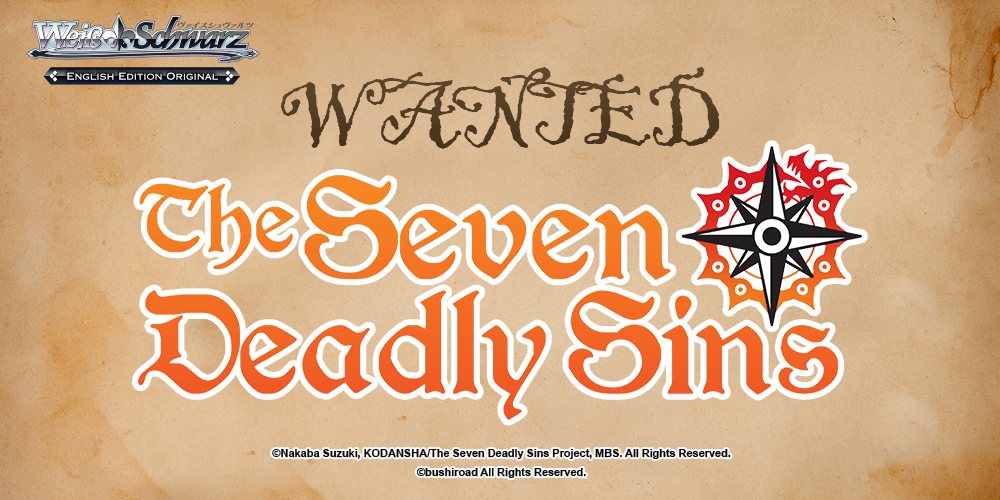 Join the search for The Seven Deadly Sins on the stage of Weiß Schwarz!
Trial Deck+ and Booster Pack on sale July 30th!

Have you been following the card reveals for our latest English Original title, The Seven Deadly Sins? If you haven’t, you can check them out here!

In this issue, let’s take a look at the other members of the Sins whom we haven’t mentioned previously – Gowther and Merlin!

The bearer of the Sin of Lust who was created by a powerful mage, Gowther possesses tremendous magic power, as recreated in his CX Combo, Gowther: True Identity and Putting an End. Paired with the Standby trigger on his climax card, you can opt to choose a Level 2《Britannia》character card from your waiting room and STAND it to attack in the same turn. 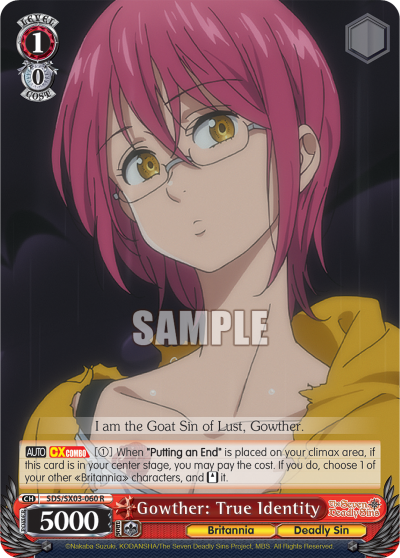 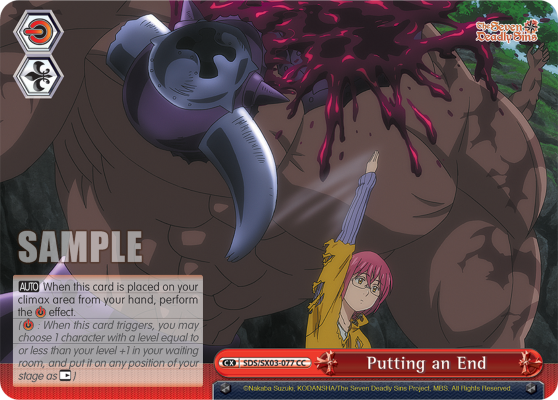 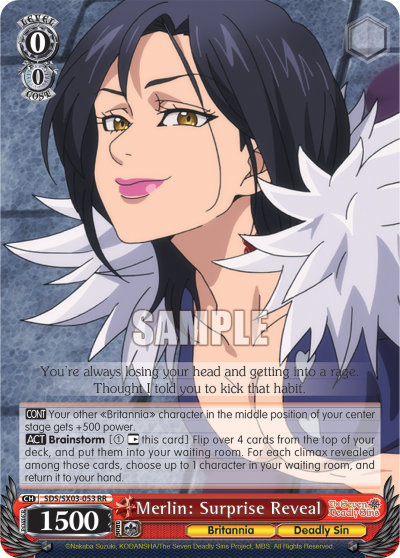 The Daughter of Belialiun and the bearer of the Sin of Gluttony, Merlin is a great mage with vast powers. Her nifty character card, Merlin: Surprise Reveal will endow you with a good head start in early game!

In addition to giving a character in the middle position of your center stage a boost of +500 power, her Brainstorm ability allows you to return characters from your waiting room to your hand, in a setup for future turns!

The pre-order period for this set is coming to a close soon so if you haven’t done so, remember to place yours at your local game store today! 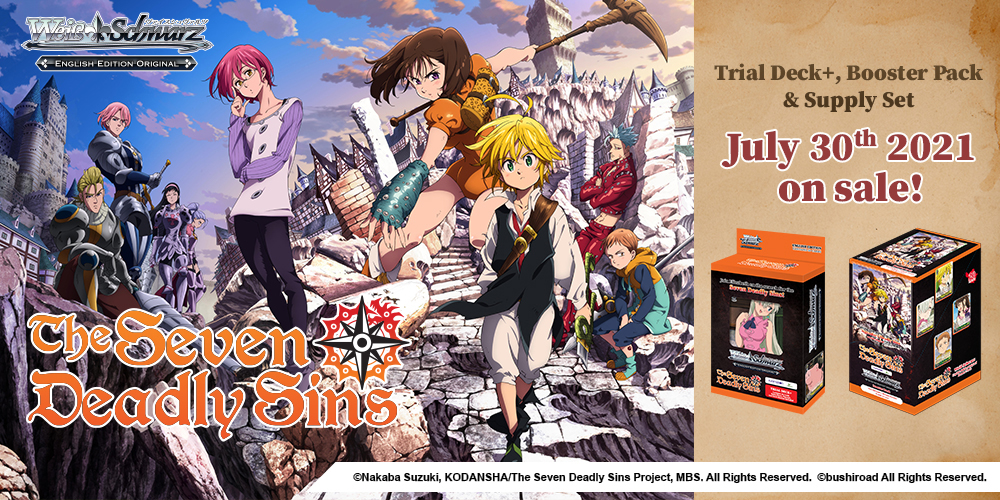