It is almost the end of 2015 but we are still as busy as always right here in the Bushiroad office, preparing for all the upcoming products and events for our fellow fans and players. We are really grateful for your fervent support and will continue to give you guys our best!

In 2015, we are happy to see the growth of English Edition Weiss Schwarz player community around the world. We have also received much feedback throughout the year and will keep all your suggestions and ideas in mind as we improve our products and services. Now that the year is coming to an end, let’s take a look at the important things we have done for English Edition Weiss Schwarz in 2015!

First of all, we introduced the “Weiss Schwarz Weekly Column”, which you are reading right now! We aim to provide guides and insights into the game for both newcomers and veteran players alike. Our team has been working on new expansion introductions, deck tech and event coverage so far, and we are still looking for more interesting ideas. If you have any awesome ideas to improve the weekly column, feel free to drop us an email at sg_support@bushiroad.com. 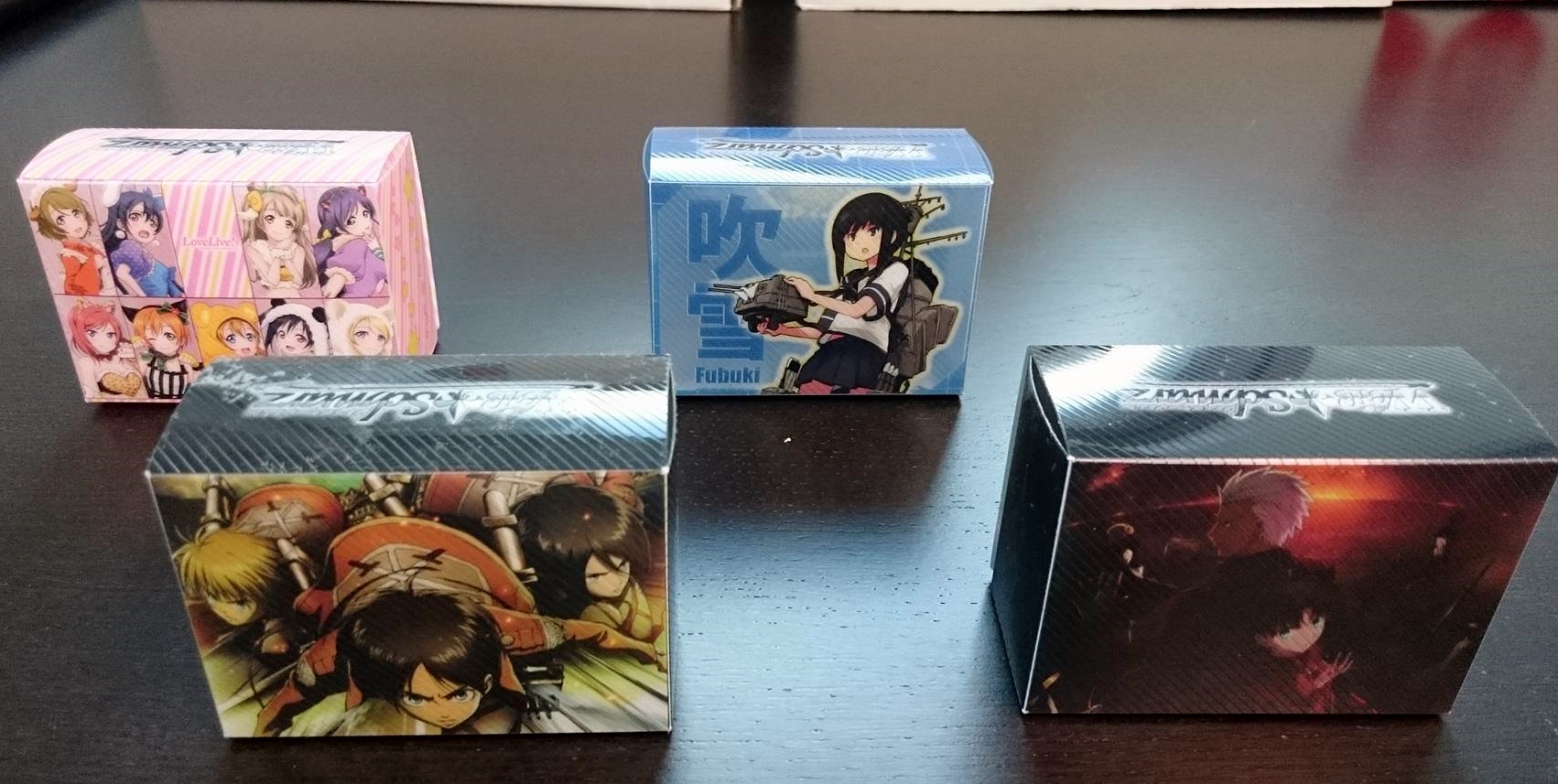 As a token of appreciation for supporting our game, we introduced the Weiss Schwarz Summer Campaign in mid 2015. Players could get one of these lovely deck cases by simply participating in the Weiss Schwarz Monthly Tournament at our official sanctioned stores from May to August 2015. We spotted many players using these deck cases in our events, as well as visits to shops, and we are really glad that you guys like it! 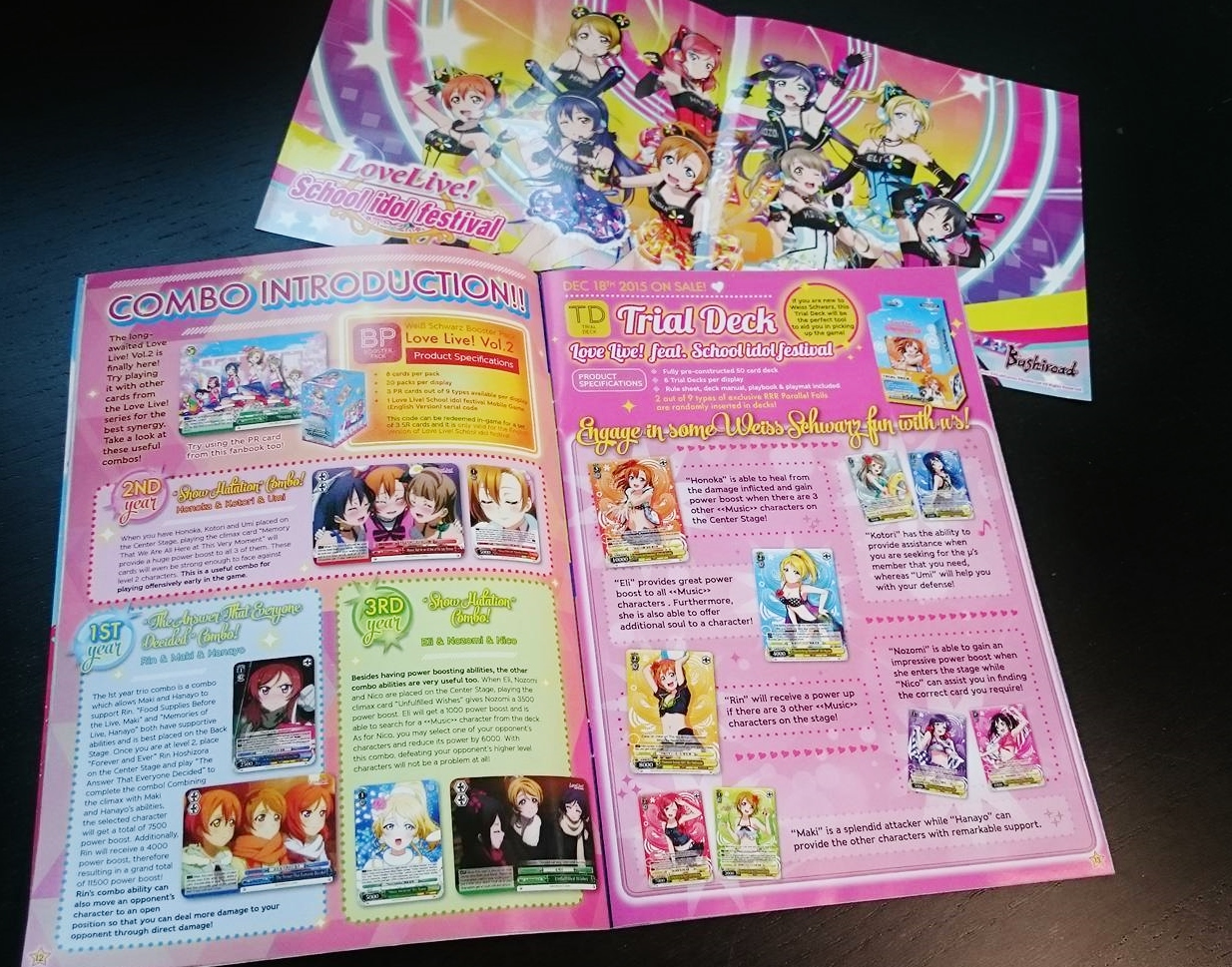 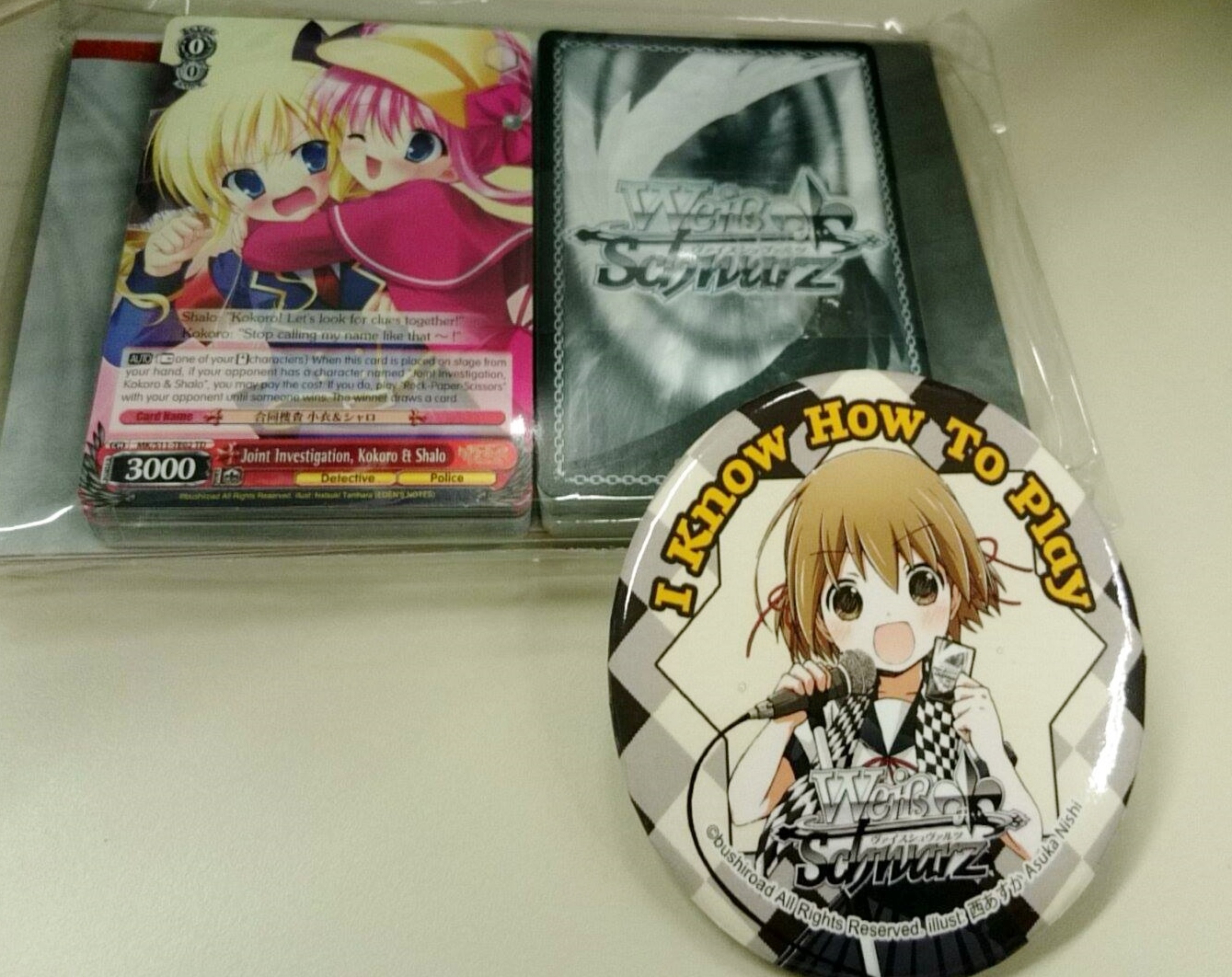 Earlier this year, our team visited various local stores to conduct tutorial sessions for Weiss Schwarz. We have even made a special tutorial deck just for these sessions. New players also received a Shiyoko can badge as a souvenir. Our biggest take-away from all these tutorial sessions was meeting new and old players to understand what everyone likes about the game!

Also, in case you are wondering if these cards are tournament legal, yes, they are! You may use these cards in tournaments, but do make sure you have a 50-cards deck with a maximum of 4 copies of each card. You may check out the card list of the tutorial deck HERE too! 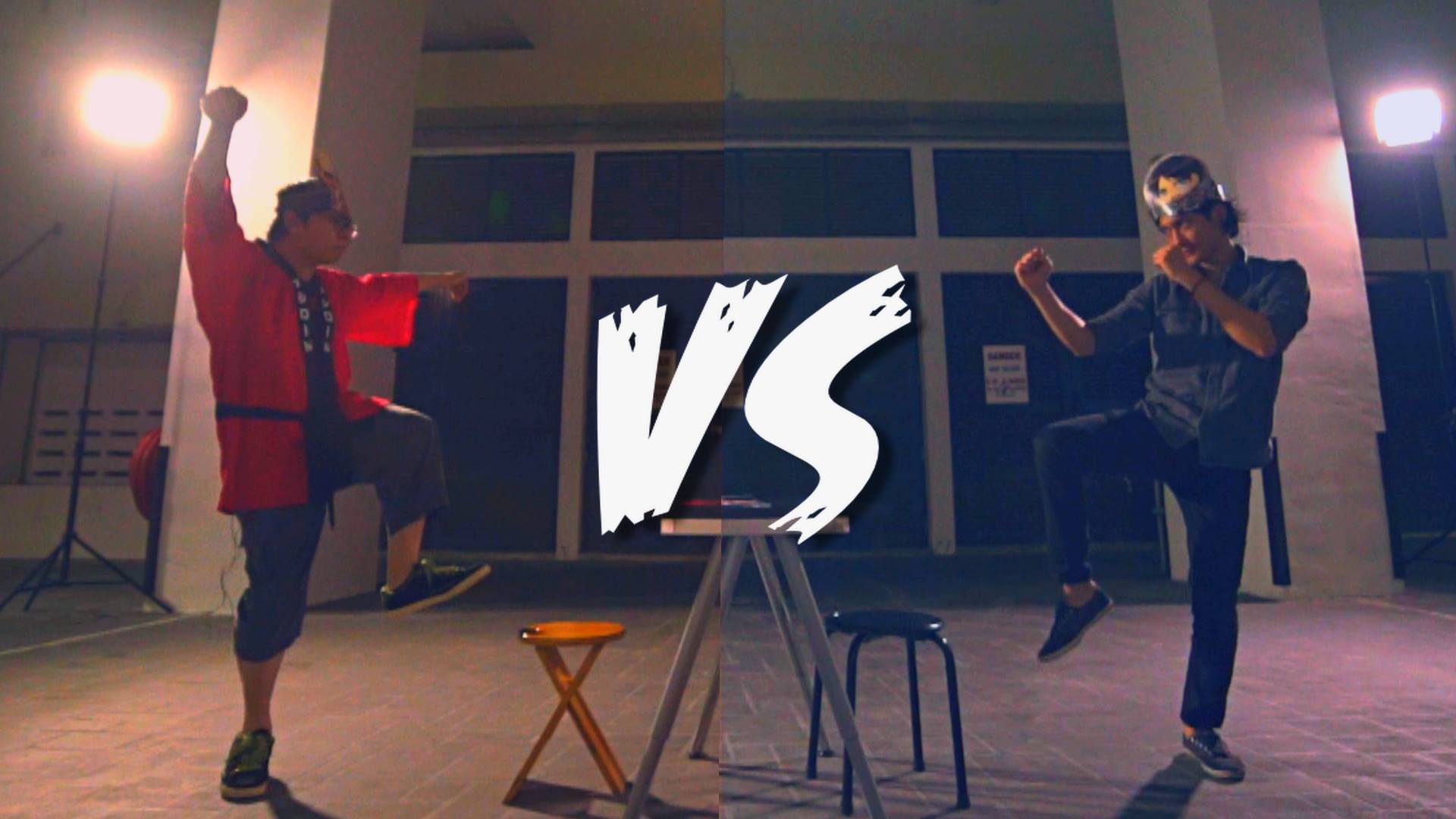 Our team participated in BUSHI NAVI International, a series of videos that introduces Bushiroad’s latest products and activities. In this show, we tried something creative by having our hosts playing against each other show in the most dramatic way ever. If you haven’t watch it, catch it HERE right now!

I certainly enjoyed the process of creating the videos, especially the epic entrance for Rudy and I. It only lasted a few minutes on the screen but it took us hours to get it right. Many thanks to the staff and crew behind BUSHI NAVI International! 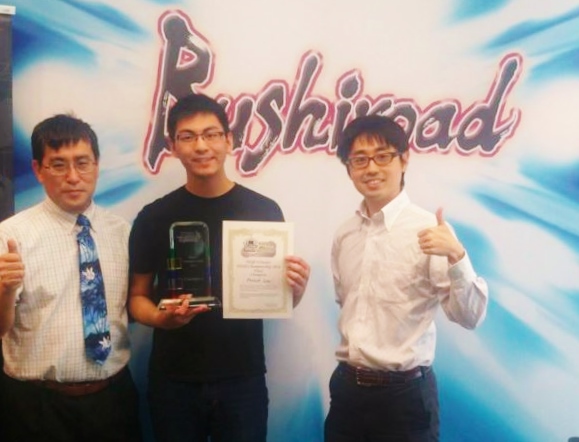 Once again, we had the annual Bushiroad Spring Fest running in 17 locations across the globe. We have seen an increase in participants for Weiss Schwarz Neo Showdown and most importantly, players around the world giving their best shot with their decks. If you missed the event this year, fret not as Bushiroad Spring Fest will be returning in 2016 too! All the latest information are available HERE so check it out now! 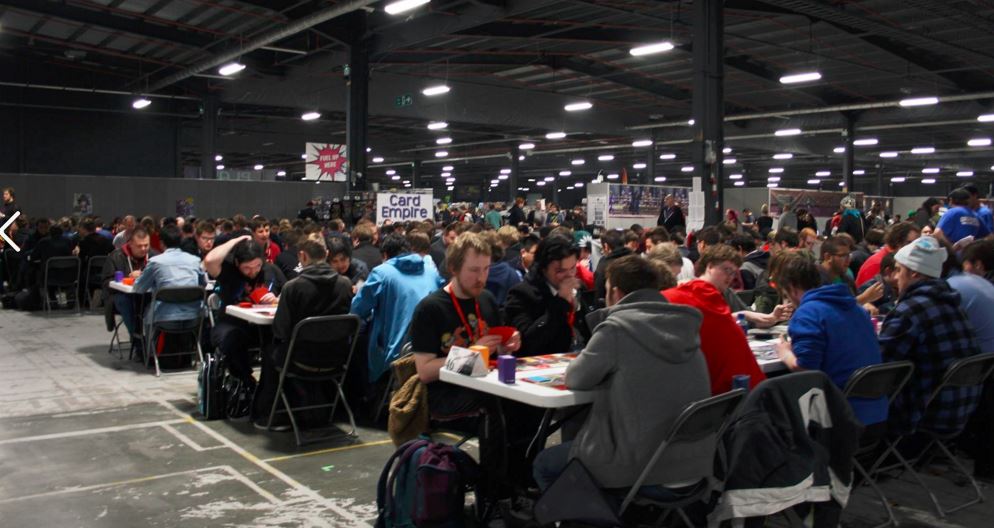 Besides Bushiroad Spring Fest, we also have Bushiroad World Championship each year. This time, we visited 24 locations and saw many new faces around the world. The World Finals will be held on January 9, 2016 in Tokyo and that is where we will crown our Weiss Schwarz World Champion for 2015! Watch out for the coverage in the upcoming columns soon!

3. Birth of the Meister Set 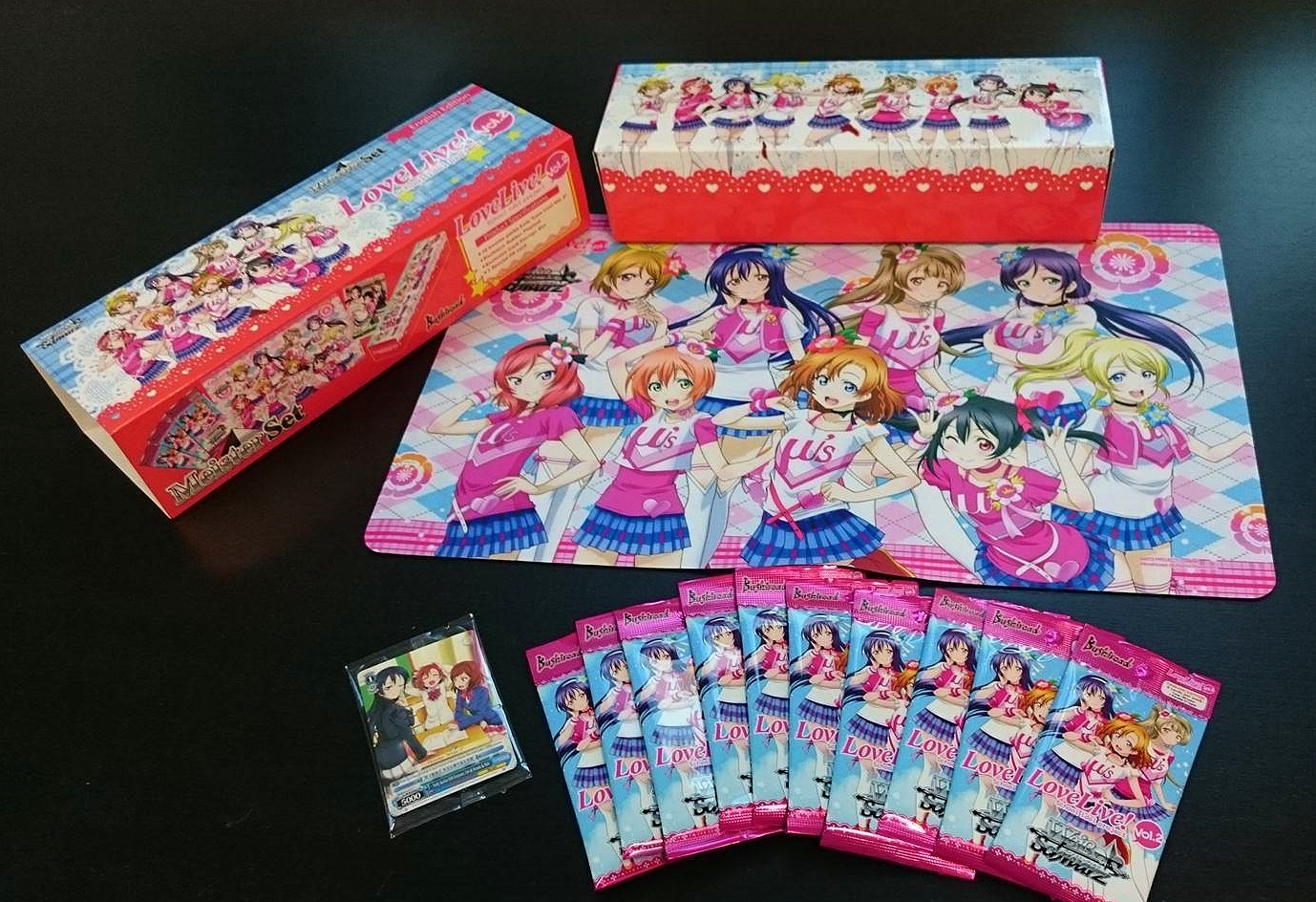 Just a couple of weeks ago, we introduced a brand new product called the “Meister Set”. It is a collectible set consisting of 10 booster packs, an exclusive PR card and rubber playmat as well as a beautifully made storage box. This product is not limited to Love Live! and will be made available for our future expansions too. Learn more about this product HERE.

2. Release of Attack on Titan

For the very first time, a title was released in the English Edition before its Japanese counterpart! We are delighted to see players reaction on the new spoiler cards everyday and the discussion and debate that this has sparked. We had an awesome launch in Anime Expo earlier this year and we can’t wait to do more in the future! Are we going to do this again? We’ll see (ゝ∀･)

And finally, the best thing that happened to us is the increase in product releases. We have a grand total of 12 titles released this year and that’s a huge improvement for us in one year. This means fellow meisters can look forward to new releases every month bringing more energy and impact to the game.

The process of producing one release takes a very long time. It takes a few months to settle licensing issues for the international market in order to cater to player across all countries, weeks for translations, another couple of weeks for design and check, a month or so for production and weeks for shipping. Our team has been working around the clock to bring you all these awesome expansions and it is really satisfying to know that many players out there are enjoying it. We will not stop to bring you more in the following years to come so do stay with us and continue to support us(*＾∀ﾟ)ъ

Have a great year ahead! 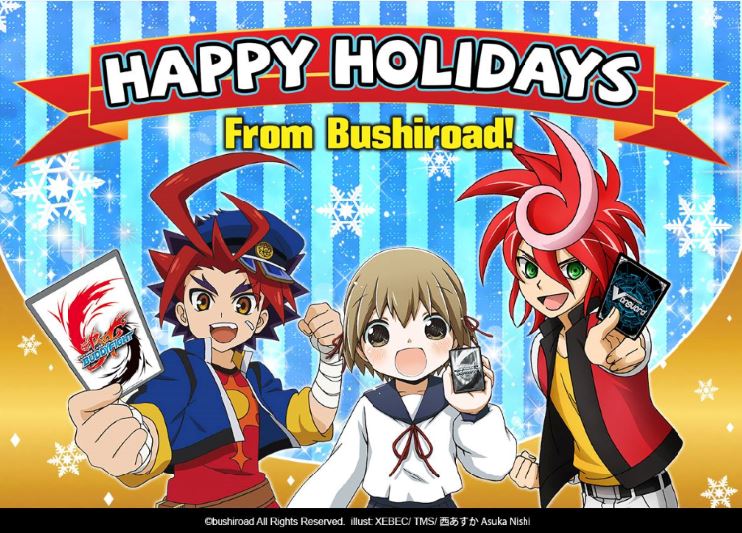 Thank you so much for staying with us till today and we hope to bring you more excitements in the future too! Look forward to our new releases in 2016 too!

Lastly, we would like to wish all Weiss Schwarz Meisters out there a happy new year ahead! Don’t forget to play some awesome Weiss Schwarz games with your friends and families during the festive seasons too! See you in 2016 (*^-‘)/~